Nikki Haley next US ambassador to UN 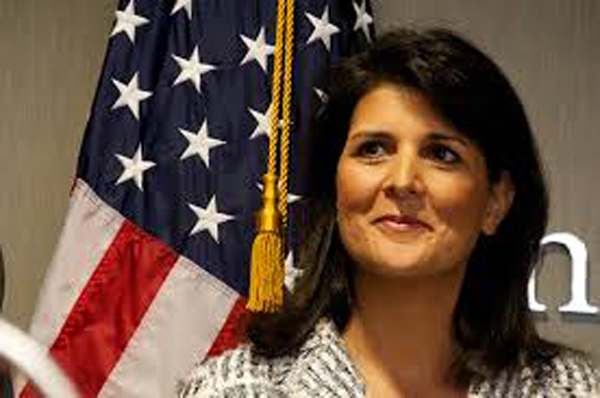 The  US president elect  Donald Trump has named an Indian American  Nikki Haley  as his administration’s ambassador to the United Nations  who would be replacing Susan Rice of the Obama administration .

The American media  was buzz with this report quoting  unnamed sources saying that  South Carolina Governor  Nikki, who origionally hails from Punjab , India , will be the next US ambassador to the United Nations , a prestigious position in the  foreign service of America.

Madelene Albright , who was secretary of state during Bill Clinton’s presidency, had also held this position  before she became the first female secretary of the state.

Earlier, there were reports that Nikki is being chosen as new secretary of state by  Trump. However, now the choice is likely to fall on Mitt Romney, Mormon.