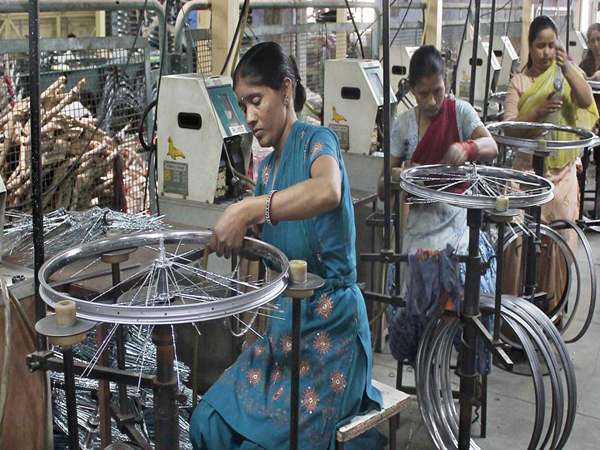 At a time when demonetisation has hurt the manufacturing sector in India, China has reported the fastest growth in the sector, in four years.

Hit hard by the demonetisation move, manufacturing sector contracted in December as new work orders and output took a knock for the first time in 2016, a monthly survey by Nikkei Markit India Manufacturing Purchasing Managers’ Index (PMI) — an indicator of manufacturing activity — showed.

In yet another survey, China’s manufacturing activity expanded at its quickest pace in nearly four years in December, an independent research firm said today, in a sign of improving health for the world’s second-largest economy.

The private Caixin Purchasing Managers’ Index (PMI), an indicator of conditions at smaller manufacturers, beat expectations with a reading of 51.9 in December, up from 50.9 the previous month. A PMI figure above 50 marks an expansion of activity, and below 50 a contraction.

It was the survey’s highest score since January 2013, the Chinese financial magazine said in a joint statement with data compiler IHS Markit.

“The Chinese manufacturing economy continued to improve in December, with the majority of sub-indices looking optimistic,” Caixin analyst Zhong Zhengsheng said in the statement.

In India, on the contrary, according to the Nikkei Markit India Manufacturing Purchasing Managers’ Index fell to 49.6, down from 52.3 in November. The index came in below the crucial 50 threshold — which separates contraction from expansion — for the first time in 2016 in December. “Having held its ground in November following the unexpected withdrawal of Rs 500 and 1,000 bank notes from circulation, India’s manufacturing industry slid into contraction at the end of 2016,” said Pollyanna De Lima, Economist at IHS Markit and author of the report. Lima added that “cash flow issues among firms also led to reductions in purchasing activity and employment”.

In India, survey participants widely blamed the withdrawal of high-value rupee notes for the downturn as cash shortage in the economy reportedly resulted in fewer levels of new orders.

Businesses also highlighted challenging conditions in external markets, with a fall in new businesses from abroad ending a six-month long growth. Though December saw a mild decline in manufacturing output, the average reading for October-December remained in the “growth terrain”, suggesting a positive contribution from the sector to overall GDP in the third quarter of 2016-17, the survey said.

“With the WINDOW for exchanging notes having closed at the end of December, January data will be key in showing whether the sector will see a quick rebound,” Lima added. The report said the higher prices paid for a range of raw materials made average cost burden increase for the 15th straight month in December, with the rate of inflation picking up since November.

In China, December’s reading was boosted by stronger demand and an increase in new clients for Chinese manufacturers, which pumped output growth to a 71-month high, the survey said.

The official purchasing managers’ index (PMI), which focuses on larger FACTORIES and mines, came in at 51.4 in December, down from 51.7 the previous month, which marked its fastest growth for two years. But stabilisation of the country’s economy faces further risks ahead with Donald Trump’s administration threatening to slap China with heavy tariffs.

Analyst Zhong noted that uncertainties about the sustainability of rising consumer prices and restocking also weigh on the outlook for factories.

China’s key manufacturing sector has been struggling in the face of sagging world demand for Chinese products and excess industrial capacity left over from the country’s infrastructure boom. But an upturn in the housing and construction markets thanks to cheap credit — following a series of monetary easing measures — has contributed to a sharp rebound in manufacturing activity.