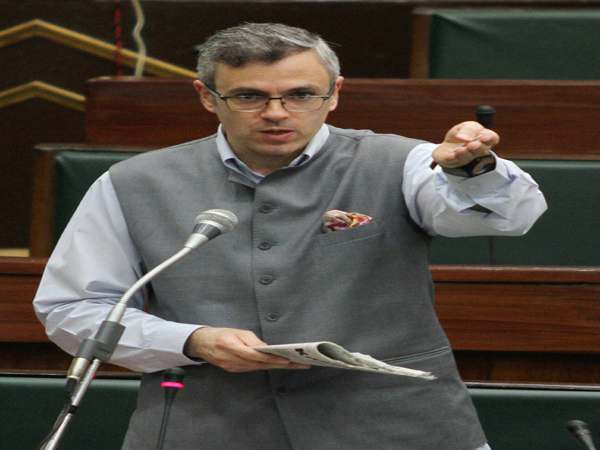 Former Chief Minister Omar Abdullah  devoted much of his speech  on the  Kashmir unrest of 2016  by  raising  questions  on the killing of Hizb-ul-Mujahadeen Commander  Burhan Wani  and sought to substantiate his arguments with the innate   contradictions  after his death.

Omar  who had opened the discussion on the Kashmir unrest , which he squarely blamed  on Chief Minister Mehbooba Mufti , played on the  contradictions   within the government.

“ Chief Minister said that had she known  that Burhan was trapped in the hideout, he could have been given a second chance ,  Deputy Chief Minister Nirmal Singh said it was an accidental killing, Finance Minister Haseeb Drabu said it was a fake encounter,” Omar recalled the statements made by the government ministers immediately after the death of Burhan Wani .  He  raised a question, “ we all want to know the truth.”

Omar  who  during the unrest picked up holes in the government’s handling  of the situation  and never blamed the stone throwing protests to the trouble , today  targeted Mehbooba Mufti  with a barrage of arguments  in the Assembly. He repeated the often-voiced  logic, “ If I was responsible for the killings  in 2010 ( 120 youth were killed that year) , why Mehbooba Mufti should  not be held responsible for what happened  in 2016. “ These are double standards”, he said while making a case against her and PDP, the main rival of National Conference in the Kashmir Valley.

It was sort of a reply to Mehbooba who on Monday had held National Conference  responsible for  the militancy and all the trouble in Kashmir  from  the very beginning.