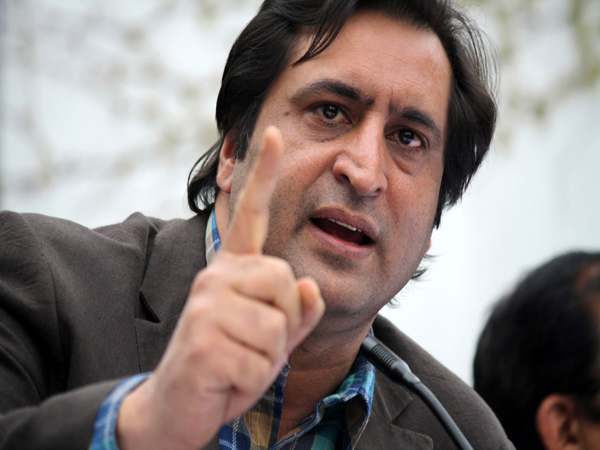 Peoples Conference chief and  Social  Welfare Minister Sajjad Gani Lone on Tuesday lashed out at Omar Abdullah for garnishing  his politics on the dead  and  saw nothing wrong in his alliance with BJP.

Sajjad  had aligned with BJP  after he met  Prime Minister Narendra Modi weeks before the 2014 Assembly elections,. He was taken as a minister in the PDP-BJP coalition government  from BJP ‘s quota.

“ After meeting the Prime Minister, I thought  I would be killed, but then I  thought that when Omar Abdullah was not harmed after having been an ally of BJP and  minister in  the Vajpayee-led government, then , why should I be killed.” He said while  participating  in the discussion on the  Kashmir unrest in the legislative Assembly on Tuesday.

Sajjad  said that  Omar Abdullah’s speech on the unrest  was less on 2016 killings  and more of  a litany of  complaints about opposition to his  tackling of the Kashmir troubles in  2010. Omar Abdullah was Chef Minister of the state at that time. More than 120 youth were killed that time.

“ He ( Omar ) is just trying to settle scores , he has no love lost for the victims of the violence in 2016,” Sajjad said in a harsh  tone

Sajjad also narrated his  personal experience. BJP gave passport to me and my kids , while Congress had denied the same to my family.