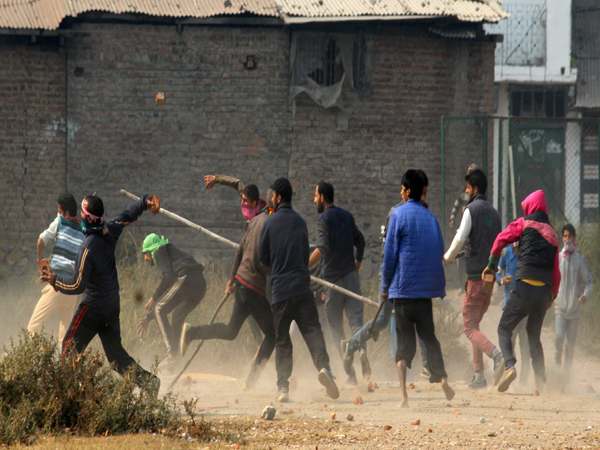 For  the first time in the  past nearly six months of unrest in  Kashmir , Chief Minister  Mehbooba Mufti on Tuesday  disclosed that  2690 cases were  registered in connection with  stone pelting incidents   in Kashmir and 16 have been  lodged for snatching  of weapons  till December 31st 2016.

Fifty seven weapons were  snatched by the mob and militants during the unrest . Sixteen cases have been registered in this regard.

In a written reply to independent legislator  Engineer Rashid , the Chief Minister , who also is the Home Minister  said 463 people were also detained under Public Safety Act out of whom 145 were released, with 318 still under detention as on December 29.

This official reply establishes that  78 people were killed  in the unrest and not 100 or more as being mentioned in the political and  social media circles.