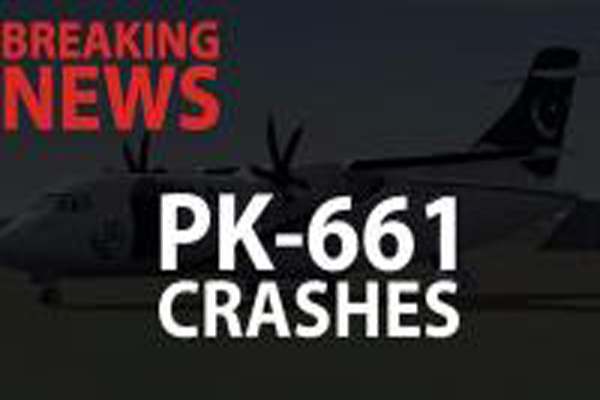 A Pakistan International Airlines flight PK-661 crashed on the way to Islamabad from Chitral on Wednesday, Radio Pakistan reported.

The ATR reportedly crashed at the Patola village near Pakistan Ordinance Factory, Havelian.

There are more than 40 passengers on board the plane. Chitral airport sources confirm singer-cum-evangelist Junaid Jamshed and Deputy Commissioner Umar Waraich were on board the flight and are feared to be among the casualties, said Dawn in its report Wednesday evening

Army troops and army helicopters have been mobilised to a site near Havelian, Inter-Services Public Relations said.

The flight departed from Chitral around 3:30pm and was expected to land at Islamabad’s Benazir Bhutto International Airport at around 4:40pm.

“PIA’s ATR-42 aircraft operating as PK-661, carrying around 40 persons lost its contact with the control tower on its way from Chitral to Islamabad a short while ago,” PIA Spokesman Daniyal Gilani tweeted. “All resources are being mobilised to locate the aircraft.”