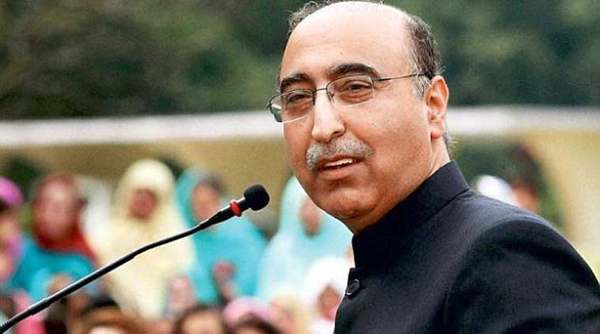 New Delhi, November 28  JKNT) Pakistan is now for  unconditional talks with India , a complete u- turn  from its insistence of talks on Kashmir first.

This change was articulated by Pakistan’s High Commissioner in India, Abdul Basit in an interview with a news channel on Monday.

The High Commissioner said that  the tensions  that have escalated after the Uri attack  and the subsequent high degree clashes  at the Line of Control .

Basit said that the forthcoming “ heart of Asia “ conference beginning in Amritsar from December 2 is a “ grand opportunity” for India and Pakistan to  re-open talks and formalize the “ ceasefire agreement” of November 2003.

Indian and Pakistan talks were suspended after  attack on  airbase  in Pathankot, Punjab  in opening  days of this year.

Basit told India Today TV  that Pakistan is for peace in South Asia.