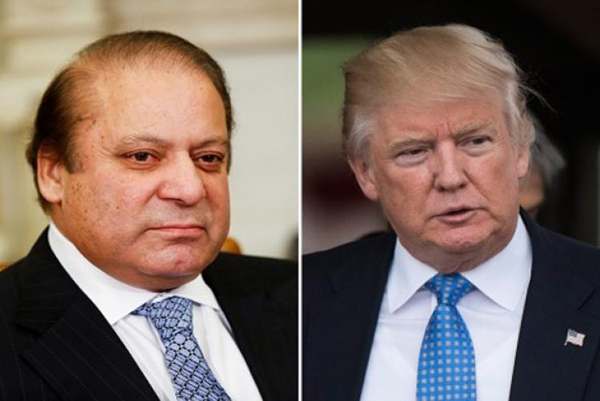 In a move  aimed at  changing the dynamics of the  Pakistan- US relations , , Islamabad has dispatched  a senior official as an envoy to Washington to interact with the  transition team of the incoming  President  Donald J Trump who will formally take over on January 20.

The decision of Pakistan to put prime minister’s special assistant for foreign affairs Tariq  Fatemi  on flight to Washington comes a couple of days after Trump and Nawaz Sharif had “ productive discussions” on phone the  relations between the two countries .

“Besides meeting members of the transition team,  Fatemi will meet officials of the outgoing Obama administration,” said Pakistan’s Ambassador to the United States Jalil Abbas Jilani.

Fatemi, who is coming on a two-week official visit, is also expected to meet some members of this team and in Washington, “he will also meet new US lawmakers elected last month,” Mr Jilani told a news briefing at the embassy in Washington, according to  Dawn  newspaper of Pakistan

“This is a very important visit as much has happened in Washington since the Nov 8 elections,”  Jilani said.

The Trump-Sharif conversation has generated much int­erest in the US capital where the opposition Democrats and the media are both criticising the president-elect for “talking to foreign leaders… without consulting US officials’’.

On Thursday afternoon, the White House suggested that the State Department might have briefed  Trump before his call to PM Sharif.

But when a journalist asked State Department’s Deputy Spokesman Mark Toner if they had briefed  Trump, he said: “Not to my knowledge, no. We had no discussion with President-elect Trump prior to that call.”

He said  Trump had not consulted the department before calling other foreign leaders either.

At the White House, a journalist asked Press Secretary Josh Earnest if the Obama administration agreed with Trump’s positive assessment of Pakistan and its leader.

“The United States’ relationship with Pakistan is one that is quite complicated,” Earnest said and instead of praising Pakistan as “a fantastic country,” as Mr Trump had done, he praised the fantastic US diplo.