Pakistani NSA and his lies on GB and other issues 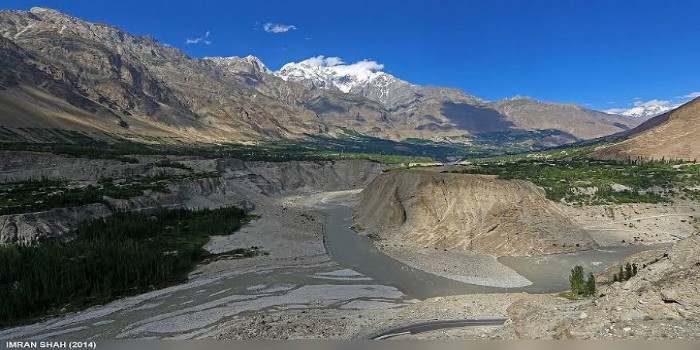 His claim that the Khan government had not moved in making Gilgit-Baltistan as fifth province of Pakistan and that it was a matter of public debate .

The question arises , whether Pakistan army is the prime mover of public debate in the neighbouring country . If that is not so, then why did Pakistan army chief Gen. Qamar Javed Bajwa and ISI chief hold a meeting with the political parties on September 16 to discuss the Gilgit-Baltistan issue .

Pakistan’s Railway Minister Sheikh Rashid , who was present in the meeting , had told Dawn that the meeting was “ held to discuss impending changes in the constitutional status of Gilgit-Baltistan.” This report had appeared in the newspaper on September 22 under the heading: “ Opposition leaders told not to drag army into politics .”

Moeed Yusuf was telling a lie or in Pakistan public means army ?

The September 16 meeting , according to the newspaper, was attended mong others by ministers and opposition leaders . In this meeting , Gen. Bajwa and head of the ISI Lt. Gen. Faiz Hameed had counselled the political parties “ to refrain from dragging the military into political issues.”

Again, if the Pakistani NSA is so sure that the people of GB were asking for their merger with Pakistan , why the Pakistani army deployed two more divisions in the region , and why Gen. Bajwa and other military leaders keep on visiting G B for what they call “ operational preparedness.”

And, why the people of GB are protesting against Pakistan military and Government . It defies common sense that if the people of the region are so happy with Pakistan , why are they protesting in thousands against the continued detention of activists like Baba Jan and others whose fault is that they demanded rehabilitation of Atta bad lake incident of 2010 . If seeking rehabilitation of the displaced persons is a crime , then what kind of democracy Pakistan NSA was talking about?

There are more lies with which he tempered his interview if the fact checker is applied. Perhaps he himself was reading out of the script of the Pakistani army.