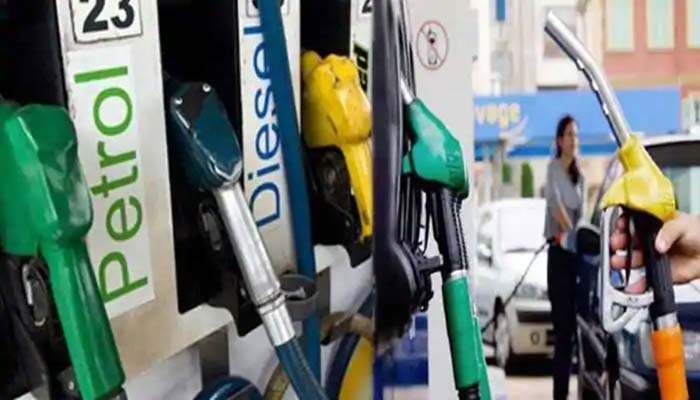 Fuel prices witnessed a hike for the 10th day in a row on Thursday with the rate of petrol increasing by 34 paise to cost ₹89.88 per litre in Delhi while diesel sold at ₹80.27 per litre, up by 32 paise.

The jump comes a day after the petrol price shot up to a record high of ₹100.13 per litre in Rajasthan’s Sriganganagar district. This is the first time petrol was priced in the three digits anywhere in the country.

As the fuel prices continue to soar, the government has asked Saudi Arabia and other global oil producers to ease production cuts, saying rising international oil prices are hurting economic recovery and demand.

While addressing the 11th IEA IEF OPEC Symposium on Energy Outlooks on Wednesday, Union oil minister Dharmendra Pradhan said, “The rising crude oil prices during the last few weeks is hurting the fragile global economic recovery due to significant demand contraction, which might even mirror the impact of COVID-19 in its initial stages.”

He added that price price-sensitive consumers in India, which is the world’s third-biggest oil consumer, are affected by rising petroleum product prices. “It also affects demand growth, which could potentially impact the delicate aspirational economic growth trajectory not just in India but in other developing countries as well,” Pradhan said at the meet.

He pointed to the urgent need to facilitate consumption-led recovery, which he said, has just taken root in several emerging and developing economies, including India.

Prime Minister Narendra Modi also took note of the rising prices during his address in poll-bound Tamil Nadu and said the middle-class would not have been burdened if the previous governments had focussed on reducing India’s energy import dependence.

“Our government is sensitive to the concerns of the middle class. That is why India is now increasing the focus on ethanol to help farmers and consumers,” he asserted.

Central and state taxes make up for 60% of the retail selling price of petrol and over 54% of diesel.