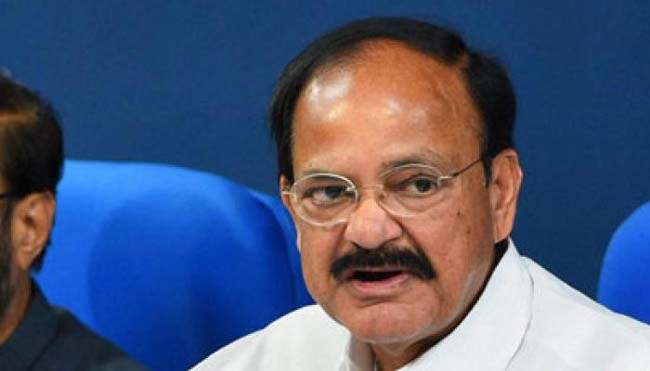 Rajya Sabha chairman M Venkaiah Naidu has urged chairpersons and members of eight parliamentary standing committees to work towards ensuring attendance at over 50 per cent as he highlighted that the panels have shown improvement in working hours.

The functioning of the eight Department Related Parliamentary Standing Committees of Rajya Sabha has improved substantially with 15 per cent increase in attendance and more than 16 per cent improvement in the average duration of meetings since their reconstitution in September, 2019 over that of the previous two years.

Appreciating the improved performance, Chairman Naidu urged the chairmen and members of the panels to work towards ensuring over 50 per cent attendance, besides targeting a minimum duration of two-and-half hours in each meeting given the efforts and costs involved in holding the meetings.

Naidu wrote the chairpersons of all eight committees detailing outcomes and detailed appraisals of the analysis of functioning of these committees since September 2017.

The Committee on Education, Women, Child, Youth and Sports reported the highest average attendance of 65.30 pc, followed by the Committee on Health and Family Welfare (52.46 pc) and the Committee on Transport, Tourism and Culture (50.42 pc), an internal report said.

These committees are reconstituted in September every year by the Chairman of Rajya Sabha. Each Committee has 10 members from Rajya Sabha and 21 from Lok Sabha. Attendance of 11 of the 31 members of each committee constitutes the quorum.

While no committee recorded average attendance of 50 per cent during the two-year period of 2017-19, three committees clocked more than 50 per cent attendance in the meetings held since September 2019, according to the data compiled by the secretariat.

The Rajya Sabha chairman, on the concluding day of the first part of the Budget Session, urged the members to ensure effective functioning of these committees during the recess when committees examine the Demands for Grants of various departments/ministries as proposed in the General Budget for 2021-22.

“The Department Related Standing Committees of the Parliament, introduced in 1993 have come to be acknowledged as instruments of effective functioning on behalf of the Parliament given their bipartisan consideration of various major issues, policies, Demands for Grants and legislative proposals as chosen/referred to them.

“The functioning of these Committees, particularly, during non-session periods highlights that Parliament functions not only during the sessions but round the year,” Naidu said in his letters.