Play ‘Bachpan-a victim of Terrorism’ performed under Theatre of Convenience 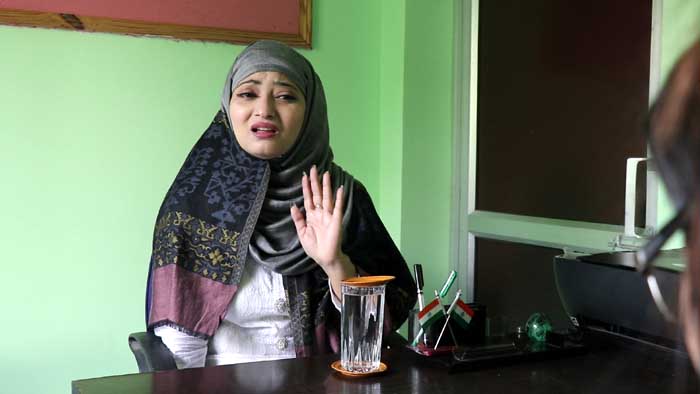 ‘Bachpan-a victim of Terrorism’ – a play highlighting the struggle of a terrorism affected woman of J&K was performed under Theatre of Convenience in Jammu on Friday.

Written and directed by Neha Lahotra- a junior fellow member of Centre for Cultural Resources and Training (CCRT), play Bachpan-a victim of Terrorism was about the struggle of the wife of a slain militant to bring good education to her child.

The play started in an office of the Principal of a big private school of the city, where the principal asks the wife of a slain militant that the school cannot accept her child, as other parents are objecting on it.

The wife of the militant then narrates the story of her struggle to reach that school and then convinces the principal to let her child continue in that school.

The play was full of emotional dialogs and the plight of a mother who want her child to get best education and join the main stream.

“As I am working on the subject of Women in Conflict Zone under my fellowship in CCRT, I tried to highlight another problem faced by the women during peak of militancy in J&K. They (women in J&K) get married to militants by force and when the militant dies they have to struggle for own survival as well as for the children,” said Neha Lahotra, a renowned actor and director.

“Education is the basic need and the right of every child. Every parent wants their child to get best education in best institutions, but the schools do not give admission to many of the children due to their background but the society needs think on it. They also have the right  to education and live in the same society,” she added.

Neha also informed that this play is also been shot as a short movie, which will be uploaded soon on her Youtube channel https://www.youtube.com/channel/UCxwpLesLH_3e-popqjkhkqg

We’re Closely Keeping An Eye on and Will Continue To Monitor Ongoing Developments: MEA

IUST-GMC Srinagar Sign MoU on Research and Academic Collaboration; Partners on, Intl Workshop on AI &; IT in Surgery and Medical Research