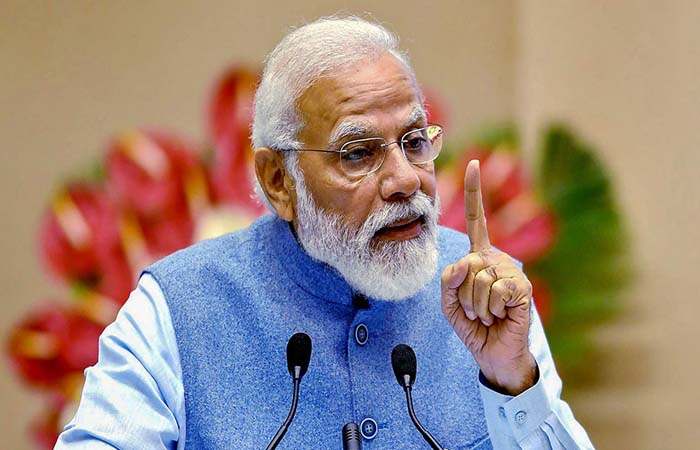 Prime Minister Narendra Modi on Friday said that the confluence of objectives of the legislature and judiciary will help in preparing a roadmap for an effective and time-bound judicial delivery system in the country while also stating that the court should encourage the use of local languages.

The Prime Minister stated that while the judiciary is the custodian of the Constitution and the legislature has the mandate to represent the aspirations of the people.

Addressing the joint conference of Chief Ministers and Chief Justices of High Courts today, PM Modi said, “In our country, while the role of the judiciary is that of the guardian of the constitution, the legislature represents the aspirations of the citizens. I believe that this confluence of these two will prepare the roadmap for an effective and time-bound judicial delivery system in the country.”

He underlined the need to introduce local languages in the courts which will connect people to the judicial system.

“We need to encourage local languages in courts. This will not only increase the confidence of common citizens in the justice system but they will feel more connected to it,” he said.

He said that the “75 years of India’s independence have clarified the roles and responsibilities of the judiciary and executive”.

“Wherever necessary, this relation between judiciary and executive has evolved to give direction to the country,” the Prime Minister stated.

Further, PM Modi also stressed the need for a digital judicial system which can empower citizens.

“To strengthen citizens, technology has become an important tool. Likewise, our judicial infrastructure needs to be digitalised too. Tech-friendly human resources play an important role in integrating Digital India with the nation’s growth story. Blockchain, cyber security, robotics, AI (Artificial Intelligence) all are being taught in colleges,” he added.

Speaking about online payments, the Prime Minister said that digital transactions are now becoming common in small towns and villages.

The joint conference is an occasion for the executive and the judiciary to come together to create frameworks for simple and convenient delivery of justice and to discuss steps required to overcome the challenges facing the justice system, according to PMO.