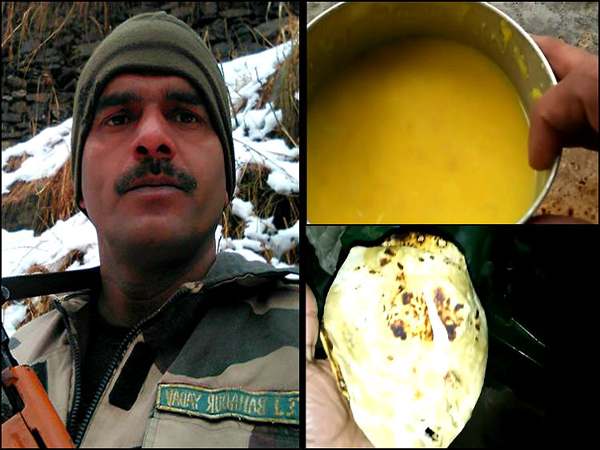 Few days back a self made video of BSF soldier Tej Bahudur Yadav deployed near Line of Control (LoC) in Jammu and Kashmir  has got viral in which the jawan  had  complained of poor quality food being served at the post.

However later a BSF report has claimed that adequate quality food was being served. But Prime Minister’s Office (PMO) had asked the Home Ministry to give a detailed report about the food being supplied to the security forces deployed in sensitive border areas.

Yadav had leveled serious allegation of ration being sold by ‘officers’ leaving Jawans without essential commodities. A jawan is entitled to around Rs 2,800 per month as food allowance and he is given food under the stipulated amount.

After Yadav’s video, a CRPF constable Jeet Singh’s video was also being hotly debated in social media, where he was complaining about lack of facilities and pension benefits as par with army.