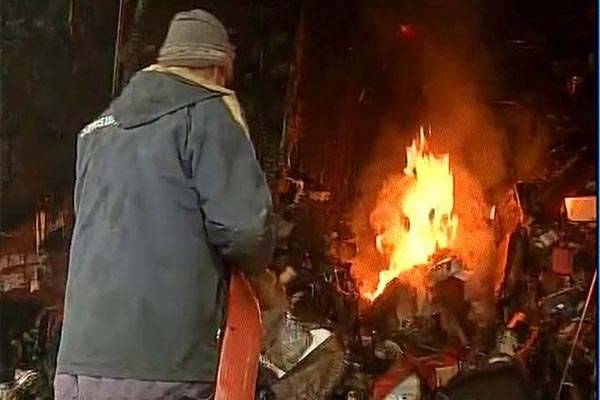 Reports said the fire has caused massive damage to public and private properties.

Initial reports suggested that two banks, a post office and several shops have been gutted in fire. A branch of Punjab National Bank (PNB) is also said to gutted in the fire.

Fire tenders were deployed to douse the raging flames.