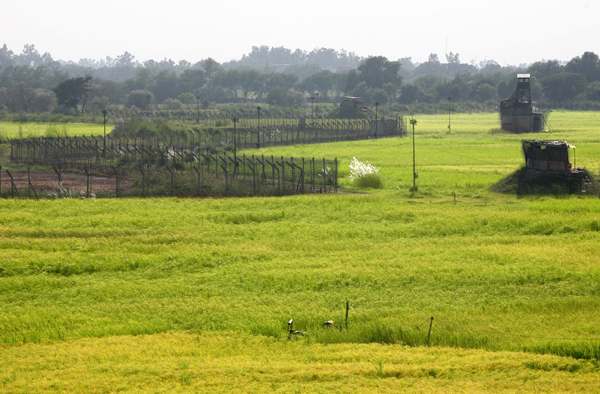 Continuous cross border shelling along the International Border (IB) in Jammu from Pakistan and retaliation by Indian side may shatter dreams of over 500 farmers of Suchetgarh village, who for the first time were experimenting with all organic Paddy, an initiative to do away with use of pesticide.

Talking exclusively to JK News Today, Sarpanch of Suchetgarh Swaran Lal Bhagat said, “I was successful in persuading all the farmers of my Panchayat to sow organic paddy this year but shelling from Pakistan has created lot of fear which is not allowing us to visit our fields. We were able to get organic paddy seedlings and organic manure under Government of India  and state government’s scheme”. 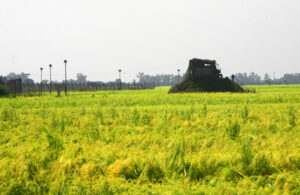 About 8000 acres of land is under organic paddy which use manure preventing poisoning of the soil and does not have any adverse effect on the human beings . Majority of the farmers don’t use any chemicals during the cultivation process.

Suchetgarh is part of RS Pura which is also known as rice bowl of Jammu and Kashmir where best quality Basmati rice is grown. Rice produced here is considered one of the finest in terms of quality in entire world.

Crop is ready for harvest and within next 10 days farmers have harvest it in anyway otherwise it will start to rot. But the biggest fear haunting them is the intense mortar and heavy caliber weapons being fired by the Pakistani Rangers and Army. . According to estimates one acre land would yield about 16 sacks of paddy and total of 8000 acres comes to 1,28,000 sacks.

“Even if firing stops, no labour will venture into our village due to fear of firing any moment,” laments Sunil Singh, another farmer from the area. Most of the villagers say they are afraid to move back to villages during the lull in the firing because entire border area is unpredictable.

Minimum sale price per sack of this quality of organic paddy is about Rs2500. “You can imagine the loss we would be bearing if we are not able to harvest the paddy on time,” said a local villagers points out. 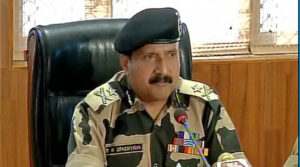 Responding the fear of people Inspector General (IG) BSF Jammu Frontier, DK Upadhayaya said, “BSF will continue with the policy of not initiating the fire for the sake of peace in the area. But Pakistan side is unpredictable.”

Now Swaran Lal says, “Pray that our dream is not shattered.”