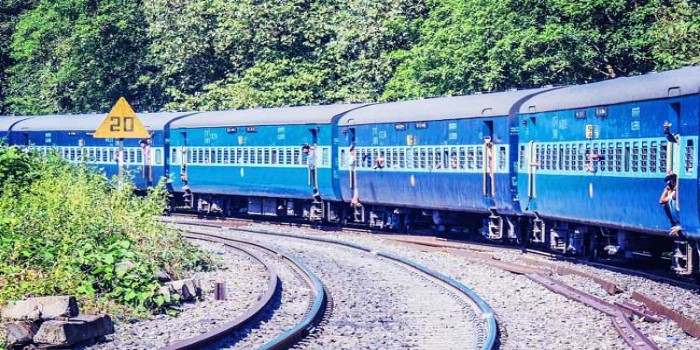 The fares for the private-run trains in the country will be set by the companies themselves, officials told on Friday.

The introduction of private players in the railway services is a move aimed at luring investors by the Modi government.

“Private players have been given the freedom to fix fares in their own way,” VK Yadav, chairman of Railway Board said.

But, “air-conditioned buses and planes also operate on those routes, and they have to keep that in mind before setting fares.”

Railway fare is a sensitive issue in India as the trains carry a huge chunk of the lower and middle-class population as their fares are cheaper as compared to other modes of transportation.

Modi government has invited private companies to participate in everything from modernising stations to operating trains.

The private players have to set the fares keeping in mind the plying of air-conditioned buses and planes also operating on those routes.

According to the reports, the government has asked companies to submit their interest to run passenger trains over 109 origin-destination routes via 151 trains in July.

It has also sought investor interest to modernise railway stations including in New Delhi and Mumbai.

In a separate development, PM Modi has inaugurated new rail lines and electrification projects in Bihar. PM said that these projects will improve Bihar’s railway network and also strengthen connectivity in areas of West Bengal and West India.

“In the last 6 years, efforts are being made to shape Indian Railways as per the aspirations of new India and expectations of Aatmanirbhar Bharat. The made in India trains are becoming part of rail network,” PM Modi said.