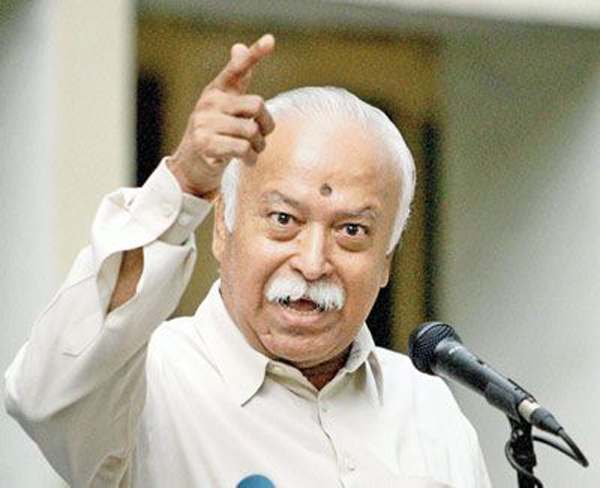 Breaking his silence on the current Covid-19 crisis that has gripped the whole of the Indian nation , RSS Chief Mohan Bhagwat on Saturday said that this was the result of the overall complacency , including that of the general public , government and administration.
Referring to the prediction of the third wave of Covid-19 following the second one in quick succession , RSS chief said that this is not the time to panic but prepare it with all precautions . Essentially, what Bhagwat said was that the nation should listen to doctors and scientists on the pandemic and how to flatten the curve rather anyone else.
In quite a balanced interaction with media, Mohan Bhagwat has suggested to the government and general public not to go in for early conclusions and become complacent . It meant that the complacency in the past has proved fatal and this should not be indulged in again.
RSS holds away over several millions of its workers and others who believe in the philosophy of karma and dharma . This organization engaged in promoting nationalism in India also believes in treating patriots with respect. Its volunteers are working day and night in reaching out to the people in distress in these testing times , as always.
R SS chief during his lecture in “ Positivity Unlimited “ on Saturday said , “ All of us – general public, Government and administration – became complacent after the first wave.”
“ Doctors were indicating but we became complacent. That’s why we’re facing this problem. Now there are talks of the third wave but we don’t have to fear but prepare ourselves.”
He cautioned the politicians and others against making irresponsible statements . He said there is a need , rather an urgent need to “ avoid making irrational statements in the current circumstances .