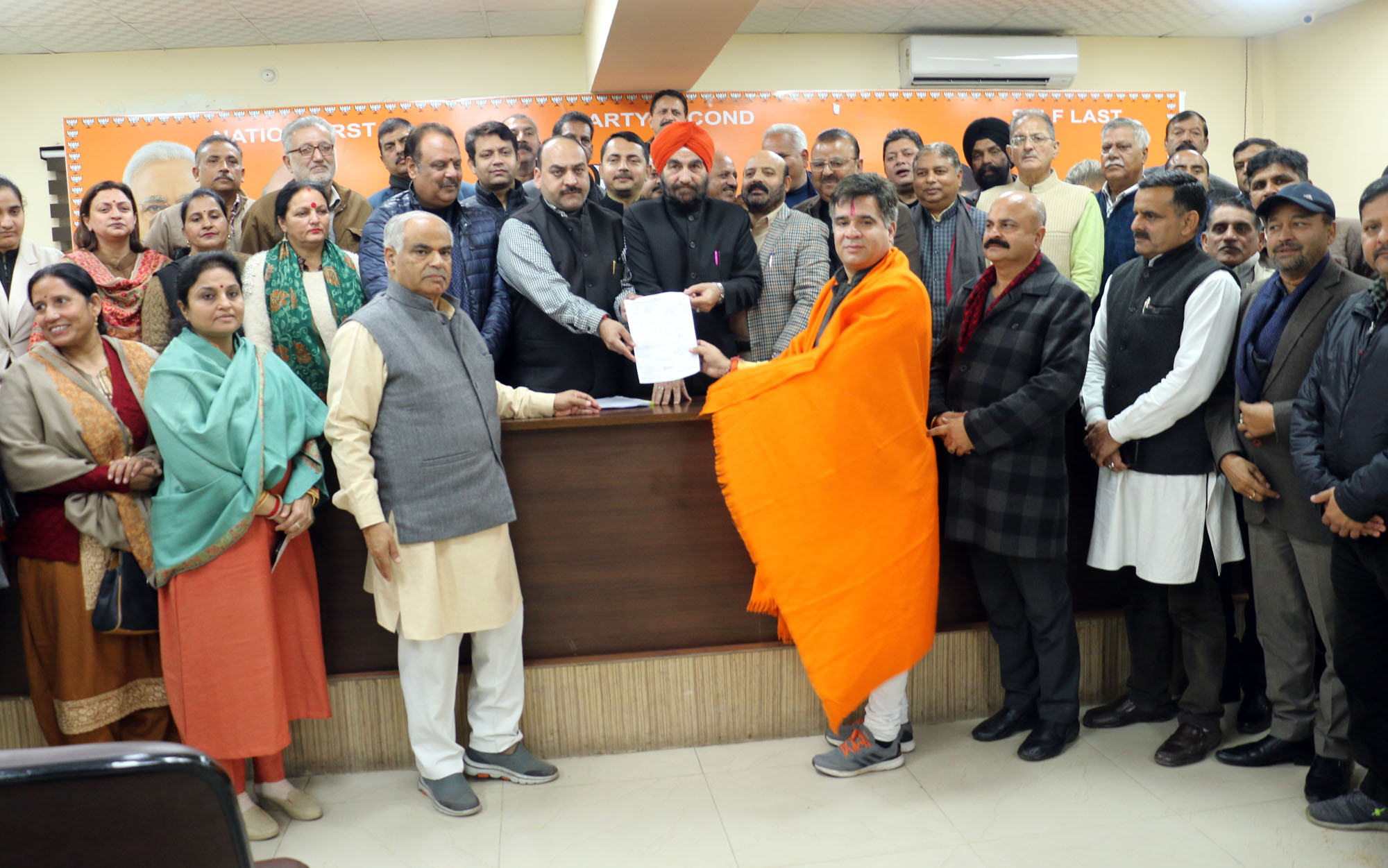 Ravinder Raina, on this occasion, expressed his gratitude to all the senior party leaders for the love and faith they have shown in his term as State President of party. He said that the BJP has a healthy tradition of strong inner democracy, where the organizational elections are held after every three years and any party activist from the booth level without any political Godfather and belongingness to any gifted family can contest the election to reach any level. He said that a BJP Karyakarta, irrespective of his class, region or religion, can reach to the highest post in the party as it is his or her honesty, commitment and service to the organization that matters. In the present term, I have served to the best in my capacity to keep my commitments with Bharat Mata as well as my organization and I assure everybody that I will never leave any gap in my duties in the future” he said.

Varinderjit Singh, accompanied by Munish Sharma, said that the party has successfully proceeded with the Organizational elections proceeding right from Booth level, then Mandal Presidents and then District Presidents and now the election for the post of BJP State President will be held on 15th of January 2020. These elections took more than 3 months and the new State President along with all other new elected party functionaries will serve their term from year 2020 to year 2023. He also mentioned that all the District Presidents, State Council Members and 5 National Council Members will cast their vote for the election of BJP State President.