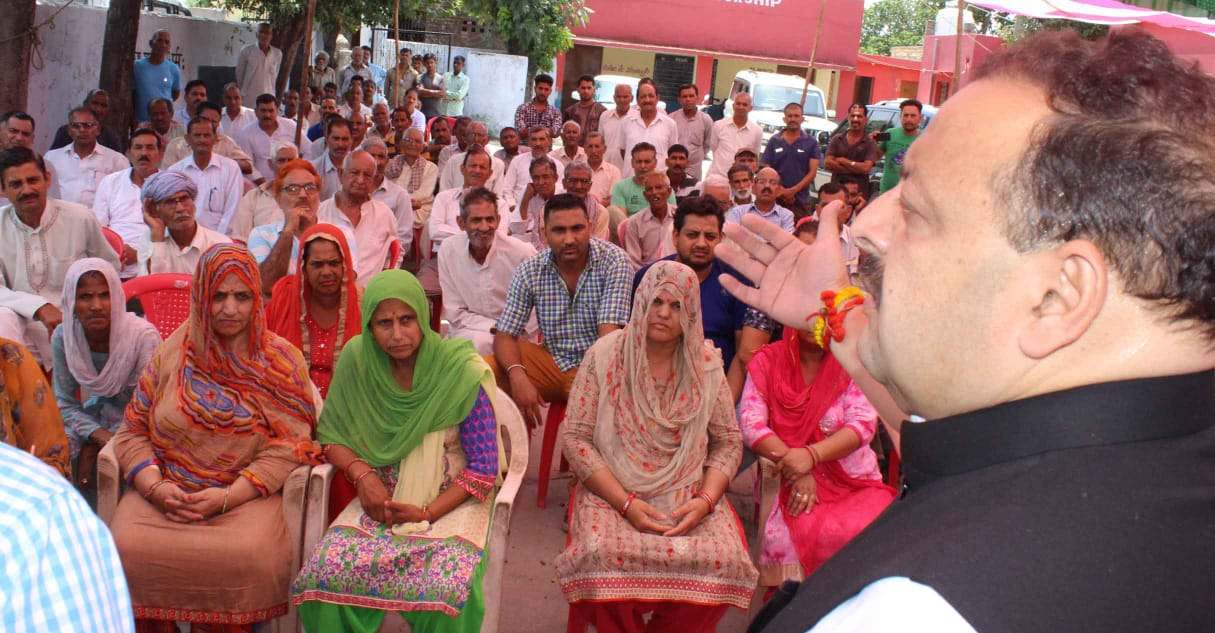 Saying that time had come to address political dimensions of Jammu and Kashmir in a pragmatic manner; National Conference Provincial President Mr Devender Singh Rana on Monday reiterated that regional autonomy to the three regions of the State was the only way forward to end the growing sense of discrimination and alienation.

“Greater autonomy under the ambit of Constitution of India and regional autonomy to Jammu, Kashmir and Ladakh is the only way forward to meet distinct aspirations of the people”, Mr Rana said  while interacting with workers during his extensive visit of the Nagrota Assembly Constituency.

He said National Conference has all along been endeavouring for bring a lasting peace in the state but the Centre too must walk a step with open mind. He said autonomy coupled with regional autonomy will be an effective counter to both talking about secession and trifurcation of the state on regional lines. These initiatives, he said, could lead to assuaging political, economical, developmental and psychological aspirations of the three regions of the State. He expressed concern over attempts of dividing people of Jammu and Kashmir on regional and communal lines, saying this does not augur well for the unity of the state.

The Provincial President said the autonomy resolution passed by the Jammu and Kashmir State Legislature is pending with the Centre and since there was no forward movement on that document, the issue of regional autonomy could not be taken to its logical conclusion. He said the doctrine provides a mechanism for empowerment of sub-regions and administrative mechanism at district level to take governance at the grass roots level, on the analogy of Ladakh Autonomous Hill Development Councils.

Mr Rana said regional autonomy together with well structured district councils will end the sense of deprivation and allegations of discrimination. “This will be in a sense complete involvement of the people in decision making”, he added.

Describing PDP-BJP coalition a total failure, the Provincial said governance appears too mild a comment for non-performance on all the fronts. While development has come to grinding halt with utility services taking nose dive, the government has failed to ensure minimum basics to the people. He referred to erratic power and scarce drinking water supply and said the failure in regulating these services have put the entire population to misery during the ongoing harsh summer spell.

Mr Rana also listened to the problems of the people and assured that these will be taken up appropriate levels for earnest redressal.