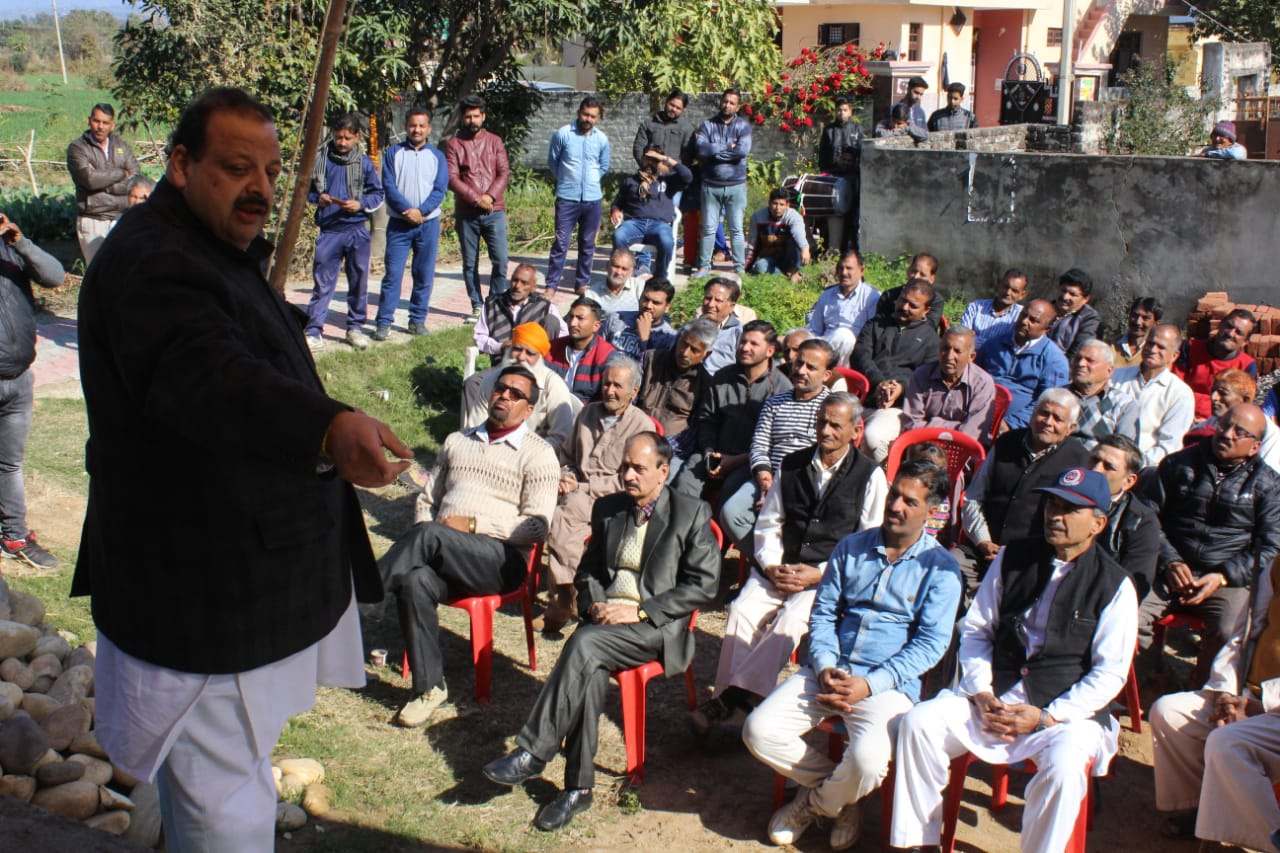 MATHWAR NAGROTA JANUARY 28- National Conference Provincial President Mr Devender Singh Rana on Monday said that  regional autonomy will satiate aspirations of the people and enable balanced development of all the regions of Jammu and Kashmir.

“A blue-print with regard to regional autonomy has been formulated nearly two decades ago with an avowed objective of empowering the people and fulfilling their urges”, Mr Rana said while addressing workers at Upper Ranjan and Lower Jandyal in the Mathwar block of Nagrota Assembly Constituency.

Mr Rana welcomed the new entrants into the party fold.

He said regional autonomy would enable larger public participation in the decision making at local levels. Such an arrangement would also help in fixing priorities in respect of developmental schemes as per local needs and strengthening planning process at micro level in true democratic spirit. This concept will, in fact, generate a sense of involvement among the people, he added.

The Provincial President said that history stands testimony to the initiatives taken by the governments led by National Conference in assuaging urges of the people and providing opportunities of progress and development to all the three regions. He said those inimical to unity of the state have all along created doubts in public mind just to keep their political enterprise flourishing. However, when it came to delivering while being in the government, they raised hands, as public welfare was never ever their priority, he added.

Mr Rana said the people of the state, especially those in the Jammu region, have understood the game-plan of reactionary forces, as they saw for themselves how personal agenda superseded public interest during three years of the BJP-PDP misgovernance. He said Jammu region in particular remained at the receiving end due to BJP’s lackadaisical attitude towards development and implementation of various welfare schemes.

“Instead of contributing, the BJP became an obstruction in the schemes taken up during the tenure of Mr Omar Abdullah as Chief Minister”, he said and referred to various flagship projects which missed several deadlines and are yet to be completed.

Mr Rana reiterated the commitment of National Conference in providing a responsive, effective and transparent government to the state and to ensure its holistic development. He exuded confidence that given the support of the people across the state, National Conference will give a strong and stable government on its own. He said the coalition culture does not suit the state, which is faced with numerous challenges.

“With cooperation and support of the people, we are confident of surmounting all the challenges”, he added.