RSS chief’s Jammu visit is going  to be a game changer! 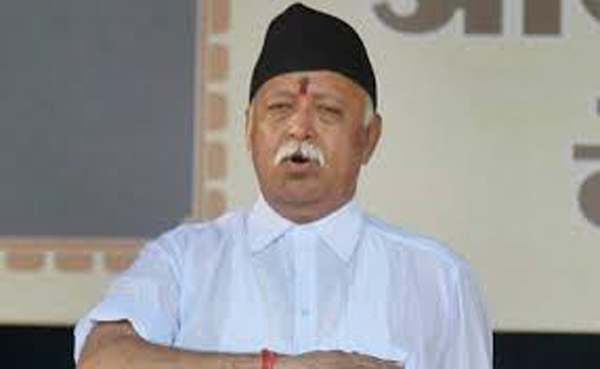 The first  visit of the Rashtriya Swayam Sewak Sangh  ( RSS) chief Mohan Bhagwat  to Jammu  since the formation of the  poles apart  Peoples Democratic Party and  Bhartiya Janta Party  on Sunday will be a game changer   as he is likely to  unfold his vision of Jammu and Kashmir  of tomorrow .

His  speech will contain a definite message for  the people of  the whole of the state  at a time  when Kashmir is  experiencing  separatist and Pakistan triggered upheavals that has shrunk the Indian space in the Valley .  That is going to be the most important hallmark of his visit for  the RSS is  challenger of secessionism , and it has watched with dismay the meek surrender of the BJP in the power politics  in the state. Ideological base of the party, considered to be the political arm of the Sangh Parivar , has been shaken and it has also cast a shadow over the RSS in the state and rest of the country.

RSS has  its  own agenda in Jammu and Kashmir, the only Muslim majority state. It wants the idea of Indian nationalism to be the top most . It is  against the idea of sub nationalism .  That is where its ideology is praised by some and  opposed  by others. These  ideological clashes  have the portents of  unleashing a  war of sentiments .

Mohan Bhagwat  will have to seize the issue in its right perspective , demanding the  end of discrimination  between the peoples  of different parts of the  state.   Against this backdrop , it would be interesting to watch  how he reflects on some of the contentious issues  persisting in the state despite  deceptive whispers by  the political players  in the government.

The RSS cadres here also expect him to spell out a clear stand as to how the Kashmir unrest should be tackled with  by the Centre and the state government and how the regional equality and respect can be achieved . The disturbances in Kashmir have jolted the country and  placed it in poor light  in the eyes of the global media and human rights groups .  RSS is aware of this, but how it would spell out its pathway to roll back demons of violence and secessionism  in  Kashmir  that now threaten to  gobble  some hilly parts of Jammu region, like erstwhile Doda and border districts of Rajouri and Poonch as well.

In many senses it is going to be the most important visit of any RSS leaders in  the  past three decades.