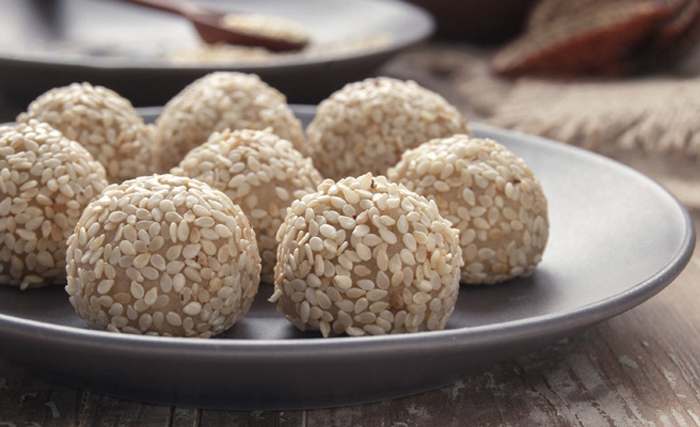 By: Ayesha Mahajan in Jammu

MOTHERHOOD… what is the first image which comes to your mind when you hear this word? For me it symbolizes a very strong power of a woman, who would do anything for the love and well being of her children… Nothing equals a mother’s love and she expects nothing in return from her children. She is always willing to lay down her life for them. She is a person who is so vulnerable to look at, yet so strong from within, so full of love and warmth…. She is a power almost at par with divinity.

Fasting is an integral part of Indian tradition. Observing fast has been a practice since time immemorial. It is a ritual which is common to all religions. Keeping Fasts on the days of Navratras, Karvachauth, Ahoi Ashtami, Bachh Dua, Ekadashi, Poornima and many more has been a part of our culture. For the mothers who have sons, the fast specially meant is named as Sankat or Sankat Chauth.

Sankata Chaturthi, also known as Tilkuta Chauth, falls every month on the Chauth (fourth day) after Poornima (Full Moon day). The word ‘Sankat’ means trouble. It is believed that if we keep fast on this day, all kinds of problems will be removed. On this day Lord Ganesha and the Moon is worshiped. Worshipping Lord Ganesha on this day brings happiness and prosperity. This Vrat (Fast) is done by married women for a better future, for body strength, for the well being of their sons and to bring in Good-fortune. Sankat Chauth is dedicated to Goddess Sankat.

On this day, the mothers wake up early and take some refreshments (Sargi) before sunrise. They do not take anything (not even water) all day long. In the evening, the mothers visit the temples and seek blessings of God. They pray for a long and healthy life of their sons. The Ladies offer Druva (a type of grass with 3 or 5 nodes) to Lord Ganesh and keep some Druva aside to worship the Moon. Til ke Laddoo prepared with sesame seeds and Jaggery, popularly known as Pugga in local lingo, are offered to Lord Ganesha. At night, the fast is broken after offering the moon, the sacred water called “Arghya”.

Simmi Gupta, a mother of two, said “A woman achieves ultimate happiness after attaining motherhood. The position of mothers in our society holds considerable significance. An Indian mother is the fulcrum around whom the entire family — husband, children and in-laws — revolves. She shares a special bond with her child and this occasion gives us an opportunity to portray our love and affection for our children”. “Every mother wants to see her children achieving new heights and hence we, mothers, feel happy to keep fast for our children” she added.

Surekha Katyal shared “My family follows the tradition of observing this fast with complete reverence. I am keeping this fast for my son. I want him to get whatever he desires along with a long and happy life”. “I believe this fast brings me closer to my children” she added.

Sankat Chauth has a related legend which claims that it was the great sage Markandeya who advised a dethroned king to keep fast on this day to regain his lost glory. He did so and everything was well for him.

There is another legend associated with it, as to why the mothers keep this fast. Long ago there was a potter in a village. He used to make nice clay pots and used to harden them in the kiln. One year when the potter kept utensils in the kiln, the fire was not able to ripen the pots. Clay pots were not ripened even after repeated attempts. At last the potter approached the king for the help. After hearing the plight of the potter the king consulted the royal Pandit (also known as Rajpurohit) and asked for some solution.

Rajpurohit suggested offering ‘Bali’ of a child each time kiln is prepared for utensils. After listening to the Rajpurohit, King decreed that each family should offer one child whenever kiln is prepared. All families, one by one, started giving one of the children to obey decree of the king.

The old woman, an ardent devotee of Goddess Sankat, gave her only son Betal nut of Sankat and “Dub Ka Beeda” as symbolic cover of protection. The old lady suggested her son to pray to Goddess Sankat while in kiln and assured him that these items, by the grace of Goddess Sankat would protect him from the fire of kiln.

The child was made to sit in the kiln. At the same time, the old woman started worshipping Goddess Sankat to protect the life of her only son. The kiln was lit and left to get prepared for coming days.

Due to grace of Goddess Sankat, the kiln which used to take many days to ripen was prepared within one night. Next day in the morning when potter came to inspect the kiln, he was astonished to see it. He found not only the son of old woman safe and alive but also other children who were offered before to prepare kiln were also alive.

Since then, the mothers worship Goddess Sankat and pray to save their children from any untoward incidents. A strong bond exists between the mother and the child and this bond is eternal and persists into old age. The mother’s blessings are regarded as a necessity, for progress by her children in all walks of life. It is hard to put in words what a mother does for her children. All we can say is that the saying ‘Matri Devo Bhava’ (Mother is Divine) is apt for all times.