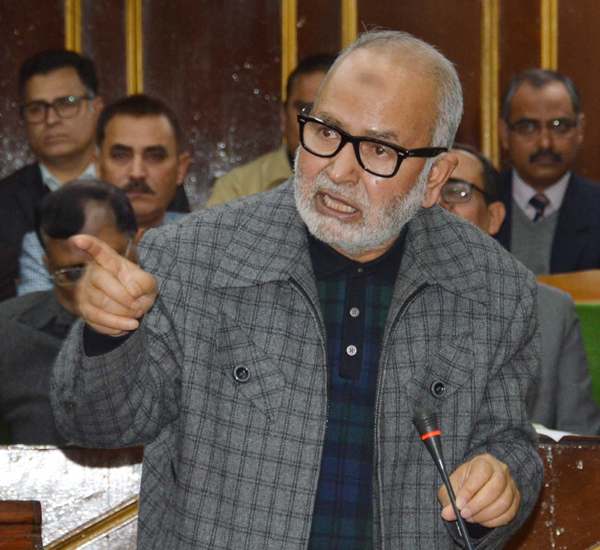 Minister for Education Naeem Akhtar today said that the government has taken several initiatives to make Jammu a hub of tourism activities and divert pilgrim tourists towards other tourist resorts of the province.

Responding to a question by Ashok Khajuria, the Minister said that various initiatives have been taken for infrastructure upgradation to promote diverse tourism activities in Jammu region.

A Yoga Centre is coming at Mantalai in Jammu which would become a place of attraction for foreign as well as local tourists keeping in view the growing popularity of the Yoga, the Minister said. He said the government is also creating water sports facilities and other infrastructure to tap the huge tourism potential of Ranjeet Saghar Dam.

The Minister said promotion of adventure tourism is also priority of the government and Mubarak Mandi cable car project would be completed by March 2018. He said that work on Patnitop Gondola project is being taken up and would be completed in stipulated time frame.

Naeem Akhtar further stated that the government plans to develop Bhangus valley as a major tourist attraction with least disturbance to the local eco-system by way of promoting eco-tourism.

Replying to the main question, the Minister of State for Tourism, Priya Sethi informed the house that several mega tourism projects are underway in Jammu for promotion of tourism activities. She said that Mantalai-Sudhmahadev and Patnitop are being developed as independent tourist destinations at a sanctioned cost of Rs 97.82 crores under Prime Minister’s Development Programme (PMDP).    She said different kind of tourism infrastructure would be upgraded under this project to attract maximum footfall towards tourist resorts in Jammu region.

The Minister said Rs 27.22 crore have been sanctioned by the Centre for the development of Himalayan circuit as part of Swadesh Darshan and various projects would be taken up under the program which includes construction of amusement park at Sidhra Gold Course, upgradation of facilities at Suchetgarh, Katra and Bagh-e-Bahu and other tourist places.

The Minister said that to supplement the Central financial assistance, an amount of Rs 25 crore annually under capex budget, is being provided for promotion of tourism related activities in Jammu division by the government.

The Minister further said that an agreement has been executed with MS Empyrean Sky View Projects Ltd for execution of Patnitop-Gondola project and the company has already started surveys which are at the final stage. She said the main work is expected to be started in the month of February-March 2017.

Priya Sethi said as many as 32 major works, at a total cost of Rs 37.26 crore, have been taken by Jammu based Tourism Development Authorities for up-gradation of infrastructure at  different tourist resorts under Capex budget. She said of this 16 works have been completed and remaining works are at final stage of completion.

The Minister further informed that tourism projects of more than Rs 153 crore have also been sanctioned for these Development Authorities by Union Ministry of Tourism under Central Financial Assistance as part of different schemes.