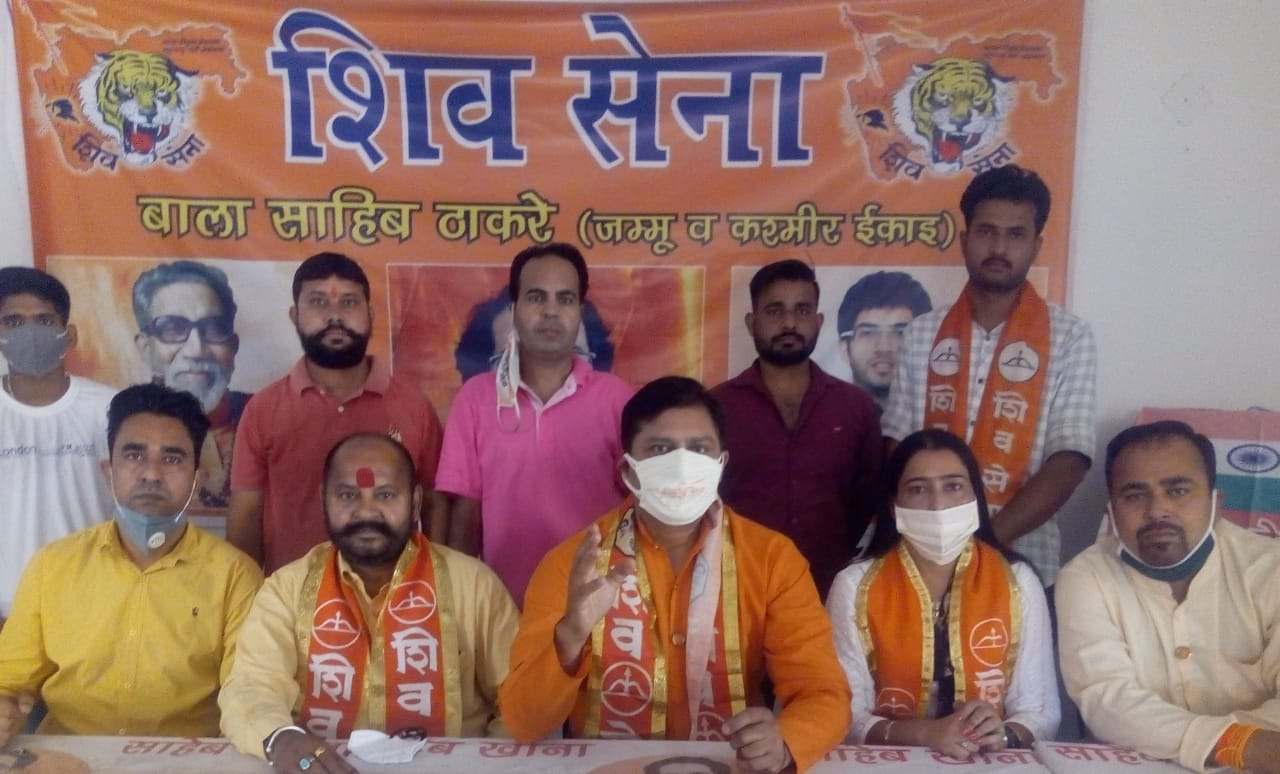 All unnecessary restrictions Should be removed–Sahni

The leaders of the Shiv Sena Bala Saheb Thackeray Jammu and Kashmir unit has expressed its concern over the low number of devotees on Shri Mata Vaishno Devi Yatra and appealed to the Jammu and Kashmir administration to pay special attention and take all necessary steps.

Party President UT , J&K Manish Sahni, through a press conference in the party office today, appeled to the Lt. Governor Honorable Manoj Sinha to removed the chaos and unnecessary restrictions at the Lakhanpur, with a restoration of counter registration at Jammu and Katra for pilgrims of Shri Mata VaVaishno Devi.

Sahni said that the tourist industry, called the backbone of the Jammu and Kashmir economy , is largely dependent on religious visits.

He said that the Shri Amarnath and Michel Yatra already has been affected by Covid-19.
The tourist industry was quite excited about the restoration of Sri Mata Vaishno Devi Yatra and huge crowds of devotees were expected during the Navratras. But the chaos in Lakhanpur and the decision to make Corona testing compulsory for state outsiders are seeing negative effects.

Due to the lack of the counter registration system, the journey is also getting affected. He said that Less than 200 devotees are arriving from outside states to visit Shri Mata Vaishno Devi , which need attention.

Sahni said that no other state in the country has such formalities on entry.
He said that there is a need to improve the economy and the administration should act on it immediately.