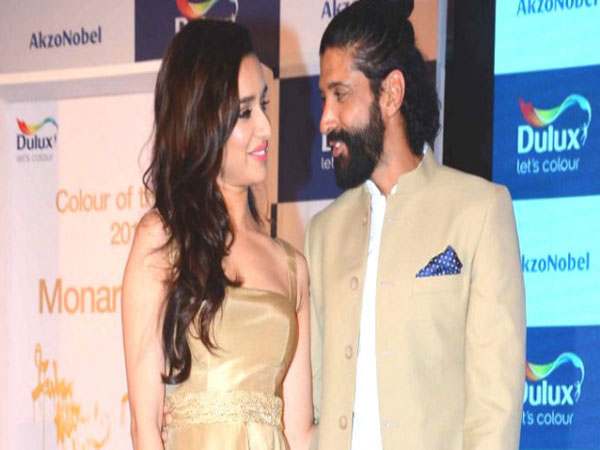 Blame it on the live-in rumours, are Shraddha Kapoor and Farhan Akhtar not on talking terms anymore ?

A lot has been written about Shraddha Kapoor’s ‘secret’ affair with Farhan Akhtar. It all started after the two collaborated for Rock On 2 and got way too friendly in each other’s company. In fact, more recently there were also these shocking speculations on how Shraddha has already moved in with Farhan and that father Shakti Kapoor dragged her out of his house the other day. I mean, although Shakti Kapoor in an exclusive interaction with BollywoodLife rubbished this bizarre rumour saying ‘it’s total crap’. But Shraddha refuses to stay calm and anyway why would she?

Speaking exclusively to BollywoodLife, a disturbed Shraddha explained how these live-in rumours have deeply affected her. “First of all I feel like that whole rumour was like retarded and absurd. Normally these things don’t affect me but this time around I did get extremely upset because they involved my family. You can’t present something with such confidence when it’s a lie saying that you know it’s a fact.” , said the actress. Probe her further if that’s changed her equation with Farhan and she retorts, ” No, not at all. I feel like as actors you know when something is written about you, link-ups and all of that you develop a thick skin towards it.”

Not to mention, even in one of her earlier interview, Shraddha had asserted over the fact why she will never move out of her family home. She’d said, “Yes, I am living in… with my parents! I was born and brought up in this house. It’s a joke within the family that I will bring my husband home (laughs). It’s because I’m so happy living with my family . I have a house of my own where I have my meetings and keep my extra stuff. I have no intention of moving out of my parents’ home and moving into my own apartment, let alone someone else’s! About live-in relationships in general, I believe in live and let live. If it suits somebody and someone is happy , then it’s totally fine -to each his own.”

Indeed, one pays a huge price to survive in this industry. On the work front, Shraddha is currently gearing up for OK Jaanu opposite Aditya Roy Kapur which is releasing on January 13(Friday).