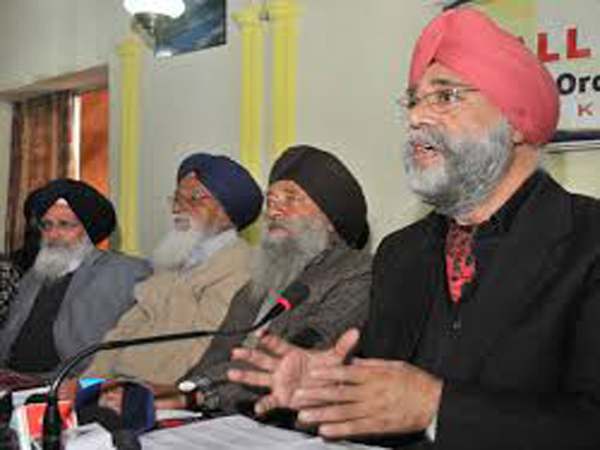 A Sikh organization today lashed out at the ruling PDP for not taking steps on granting minority status to the community living in Jammu and Kashmir and demanded that the National Commission for Minorities Act be extended to the state.

“Central Government should take serious note of the situation prevailing in Jammu and Kashmir and state which continues to be in the grip
of unrest over  of killings, injuries, imprisonment of civilians, and burning of schools and official buildings. Maintaining silence on such issues will further aggravate the resentment of people and lead to the worsening of an already precarious situation,” the All Parties Sikh Coordination Committee (APSCC) said in a statement.

The PDP had in its election manifesto promised to grant minority status to the Sikh community of Jammu and Kashmir state, but three
years have passed and nothing has been done, statement reads.

“Sikhs had voted for the PDP but have been ditched after the election adding, further inaction on this demand will create more estrangement between the Sikh community and the Jammu and Kashmir government,” APSCC chairman Jagmohan Singh Raina said.

The Sikh group demanded that the National Commission for Minorities Act be extended to Jammu and Kashmir.

The APSCC also demanded that the Central Government take “serious note” of the situation prevailing in Kashmir.

Raina said that measures such as withdrawal of the Public Safety Act (PSA) that has been slapped on many civilians will help in
creating such an atmosphere of trust and conciliation.