Snowfall in Srinagar: It is white everywhere 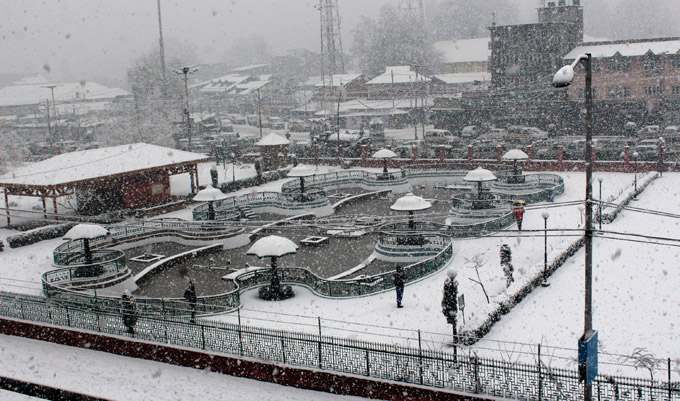 Srinagar, January 6: now has finally fallen over Srinagar city, for the first time in past two years, bringing cheers to the residents here and also exposing the lack of preparations of the administration.

Nearly half-a-foot of snow had accumulated in the city as the downpour continued without interruption since early morning on Friday.

The state weather department has forecast the snow is likely to continue over the next 24 hours.

It is for the first time since 2015 that Srinagar received snowfall in January.

The latest spell of snowfall has disrupted the life in the region even as the residents cheered the long awaited snow.

On social networking sites, hundreds of residents welcomed the snowfall and shared the photographs and live views.

Here is a quick summary of what is happening on snowy Friday:

1.      All flight arriving at and departing from Srinagar International Airport are cancelled.

2.      The intra-district roads in Srinagar have become slippery. Traffic has jammed at several places, mostly along the slopes of bridges.

3.      Power outages have left thousands of residents without heating facilities.

6.      Road clearance operations, which have been slow-paced so far, likely to continue through the night.

7.      On Facebook, it is snow everywhere as residents are sharing pictures and live streaming the videos of snowfall.