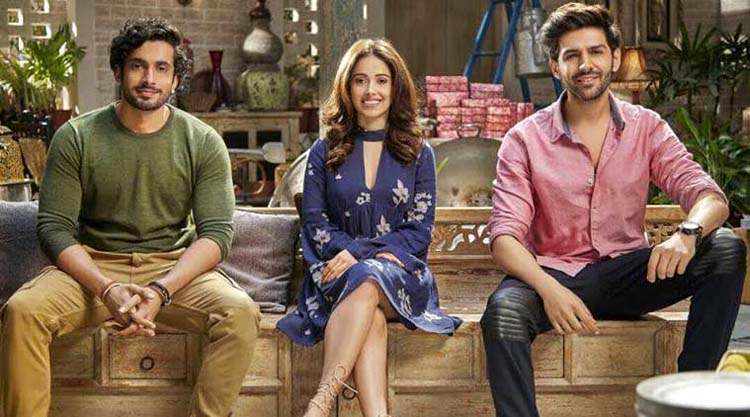 The film is directed by Luv Ranjan, who helmed the successful two ventures in the ‘Pyaar Ka Punchnama’ series.

New Delhi: Who can forget the classic one-liners and hilarious dialogues from ‘Pyaar Ka Punchama’ series. And now the makers are back with yet another entertainer with a funny title ‘Sonu Ke Titu Ki Sweety’.

Yes! That’s what the film is called. ‘Sonu Ke Titu Ki Sweety’ is helmed by Luv Ranjan and stars Kartik Aaryan, Nushrat Bharucha, Sunny Singh in lead roles. Produced by T-Series and Luv Films, it is scheduled to hit the screens on February 9, 2018.

The trailer of the film is out and it will give you major ‘Pyaar Ka Punchnama’ feels. Not just because the star cast is similar but also as it is laced with similar funny one-liners. This time it’s not just girlfriend-bashing happening but bromance vs romance.

The film is directed by Luv Ranjan, who helmed the successful two ventures in the ‘Pyaar Ka Punchnama’ series. The filmmaker’s previous two outings had an instant connect with the audience owing to its hilarious take on relationships in modern times.

Kartik and Nushrat’s pairing remains the ultimate jodi for the filmmaker as they were a part of the series in both the previous films while Sunny was seen playing one of the friends in ‘Pyaar Ka Punchnama 2 which hit the screens in 2015.

So are you excited to meet ‘Sonu Ke Titu Ki Sweety’?