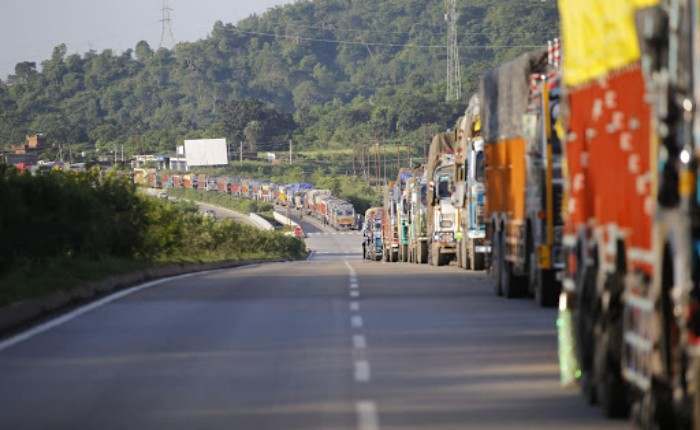 Traffic was on Sunday restored on the 270-km-long Srinagar-Jammu national highway, the only road connecting Kashmir valley with the rest of the country, after remaining closed since Friday.
However, only Kashmir-bound vehicles, which were stranded at various places on the highway, are being cleared.

“Traffic on the highway has been restored and only stranded vehicles are being allowed to move towards Kashmir valley,” a traffic police official told UNI.

The Srinagar-Jammu national highway was on Saturday closed due to accumulation of snow at Qazigund, on both sides of Jawahar tunnel, Shaitan Nallah and Banihal, besides mudslides and shooting stones in Ramban district.

The Srinagar-Jammu national highway was closed for vehicular traffic on Friday for weekly maintenance and repair of the road. The Union Territory (UT) administration has decided to allow NHAI to undertake weekly necessary repair work every Friday after frequent disruption in traffic movement on the highway.

“Construction of bridge at Kela Morh by NHAI was going on war footing despite sub-zero temperature. The bridge is likely to open for traffic on January 29 provided there is no weather disruption,” NHAI officials said.

Meanwhile, the 86-km-long historic Mughal road, linking Shopian in south Kashmir with Rajouri and Poonch in Jammu region, and Anantnag-Sampthan-Kishtwar road also remained closed since last week of December, 2020 due to accumulation of several feet of snow.

The national highway, the only road connecting Union Territory (UT) of Ladakh with Kashmir, has been closed since January 1, 2021 for winter months due to accumulation of snow. The Government of India (GoI) has already sanctioned tunnel at Zojila pass to make it all weather road.