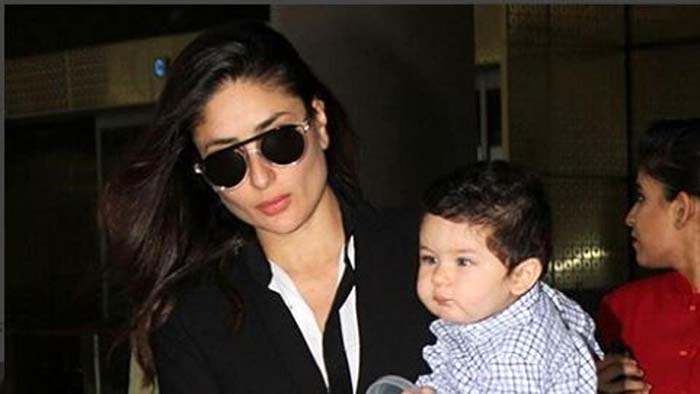 The latest ‘pin-up’ guy in India is not some hunk from the runaway but a cute little boy who just turned 1. Yes, we are talking about the baby of Bollywood — Taimur Ali Khan. After being in the spotlight for his birthday celebrations, the little ‘nabob’ is off to Switzerland with his famous parents — Kareena Kapoor Khan and Saif Ali Khan, to ring in the New Year.

A picture shared on Instagram shows Kareena, husband Saif and little Taimur posing on the hilly slopes of Gstaad in Switzerland. All of them are wrapped up in thick winter wear. Sitting on a sleigh is Taimur, totally ‘packed’ in woollens. His father holds a string attached to the sleigh, with mommy Kareena posing by his side. Her white pants stand out. From the look of it, it seems it was snowing at the time of clicking the picture as there is snow on Kareena’s and Saif’s caps.

Taimur turned one on December 20 and the day was celebrated at Pataudi palace, the ancestral home of Saif Ali Khan. While a lot many people expected a big fat Bollywood birthday party, it turned out to be a quiet family affair, as mentioned by aunt Karisma some time back.

Kareena had said, “It’s going to be a family affair and not a big Bollywood party like how everyone sees it. It’s his first birthday and he should be with his family- his parents and his grandparents. It’s going to be a small intimate thing.”

Baby Taimur has been a favourite of film photographers, ever since he was born last year and his parents too haven’t tried him to shield him.

Speaking about all the attention Taimur gets, grandpa Randhir Kapoor had earlier told Hindustan Times, “We all love Taimur so much and we are very being cautious that he doesn’t get spoiled by all the attention that he’s getting (from the media).”