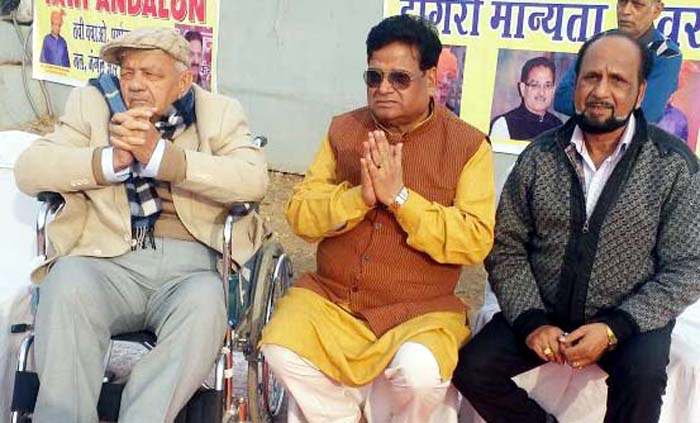 The function started with “Ganesh Vandana” by member of Tawi Andolan and artists of State Information Department and others gave excellent presentation of their cultural skills by singing traditional Dogri songs and spell bound performances.  He knowned Dogri writer Shiv Mehta who only recently has been conferred with Sahitya Academy Award was honoured by Prof. Chaman Lal Gupta.

Kavinder Gupta lauded the efforts of team Tawi Andolan headed by State Convenor Chander Mohan Sharma is bringing awareness among the people about the importance of rivers particularly Tawi which was and still a life time for Jammuites. He said that the river is a sacred to us and it should be our endeavour to keep it as clean as possible. He also announced that proposal of construction of Lake in river Tawi which was shelved earlier would shortly be started expressing concern over decrease in water level in Tawi due to global warming.