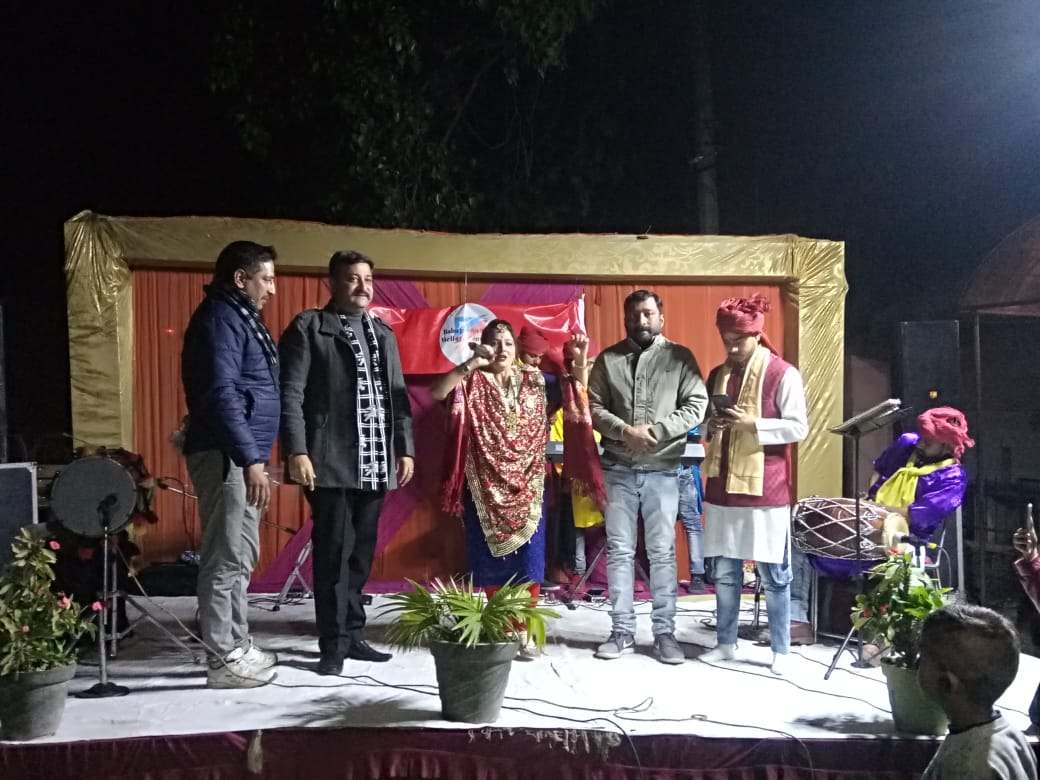 The event was organized in collaboration with Baba Puran Nagar Welfare Committee headed Vishu Sharma. Hundreds of area residents besides Jammuites hailing from adjacent localities along with their children joined the occasion and celebrated the event with great enthusiasm.

Chairman, Team Jammu, Zorawar Singh Jamwal, who was the chief guest on the occasion, congratulated the gathering for their keen interest in participating programs pertaining to Dogra folk, culture and language. He also lauded the efforts of Baba Puran Welfare Committee head, Vishu Sharma and his otgher volunteers that made the event a grand success.

“The time has come to take a final call to counter invasion on Dogra culture and success is only possible when all Jammuites rise above caste and political affiliations and pose and united face against such conspiracies and elements that are hell bent to erode Dogra culture,” urged Zorawar Singh Jamwal and added that “let we all take pledge to speak in Dogri and not just in our homes with children but with all Dogras so that we all remain connected with our cultural roots.”

“There are numerous examples in the history where communities got perished and are nowhere in existence once they left their culture, language and failed to preserve their heritage,” cautioned, Zorawar Singh Jamwal and made fervent appeal to Jammuites to join hands with Team Jammu to take this concern and message to each and every household of Jammu region till there is complete revival of Dogra, Culture, language and its ages old rich heritage.