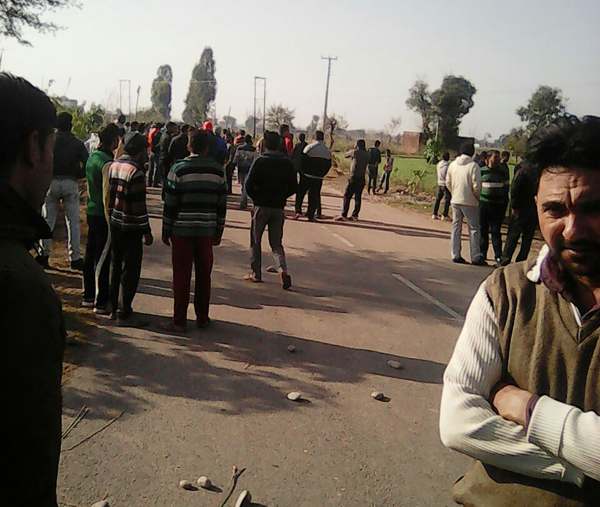 Jammu, January 9: One person has been injured in a clash between two communities following a sacrilegious act at Hira Nagar this morning.

Locals staged protest and block Jammu-Pathankot National highway near Hariachak at Hira Nagar alleging a sacrilegious act by the members of a particular community.