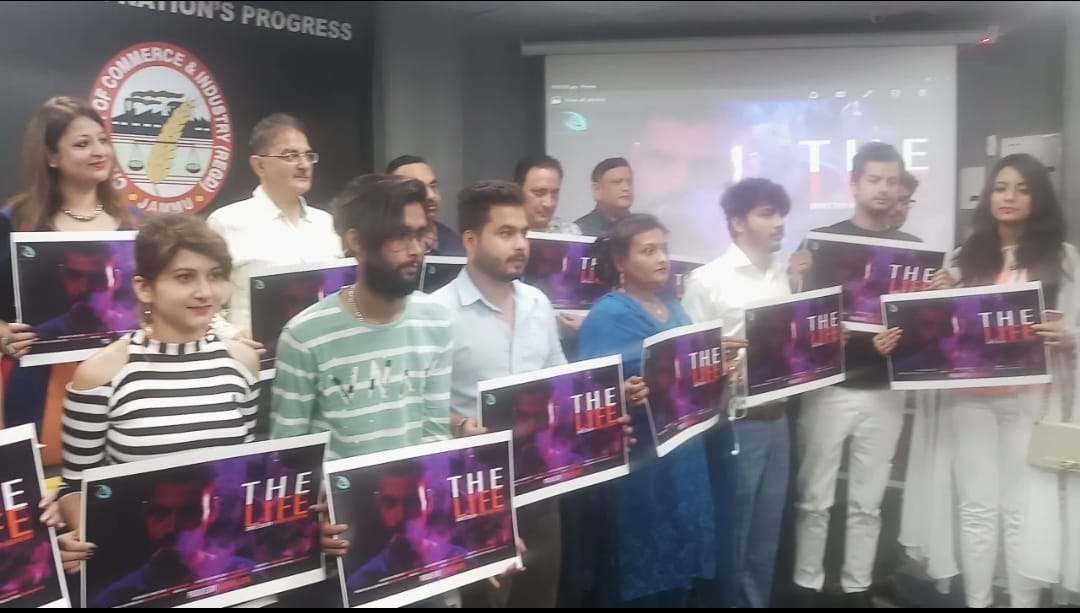 JK News Today
Jammu, August 5 :
A short film entitled ‘The Life’ based on the transitional change in human behavior from adolescence to young age was released at Chamber house.
The film contained a strong storyline about life changing faster than human’s adaptation to it and is about a young boy who faces different societal behavioirs which affects and moulds his life to various situations.
How he faces the dilemma at various crossroads of the life and what he realizes at the end of many turmoil is the essence of ‘The life’ beautifully constructed by a team of young entrepreneurs in the field of movie making.
The film written by Saurav Kalyan is conceptualized and directed by Anoop Goswami who himself plays the main lead in the short movie. He is ably supported by a team consisting of Sandeep Sharma , Sourav Kalyan , Diksha Anthal , Sahil Sharma , Kanchi Khajuria , Ankia John , Sanjay Sonkar , Shivani Wazir , Mahir Sharma , and Rakshak Gupta who play various characters.
Made under the banner of Trinetra Production, the other credentials that made the movie successful  included  assistance in direction by Rakshak Gupta while the production controller is Mahir Sharma.
The Associate director of the movie is Vikran Mehta while Sandeep Sharma took over as casting director. Vikran Mehta  himself took care of the cinematography and post production while Sandhya Gupta produced the short movie.
The chief guest , former Dy CM Kavinder Gupta praised the efforts of team in bringing out a highly topical subject about contemporary lifestyles and wished the team great success in future .
S D Singh Jamwal, Inspector General of Police ,Jammu , Sohail Kazmi veteran journalist , Rakesh Gupta President Chamber of Commerce and Industries and Sujata Anand, president Woman of Wisdom Jammu were other dignitaries who graced the occasion.