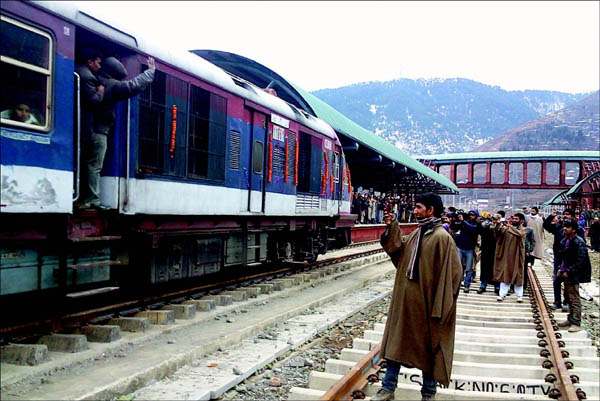 Within four days of meeting between Chief Minister Mehbooba  Mufti and Railways Minister Suresh Prabhu,  the rail services between Banihal and Baramullah connecting the two regions of Jammu and Valley restarted today after having remained suspended for  nearly five months.

The Chief  Minister had taken up the issue of the suspension of the railway services in Jammu and Kashmir Valley with the Railways Minister and the latter had assured that these services would be resumed soon .

“The frequency of the trains on this route would be increased in the coming days as this has become  the most convenient  commuter service for students, government employees and others,” a railway official told  J K News Today.

These services had remained suspended following the violent protests  after the killing of the Hizb-ul-Mujahadeen  Commander Burhan Wani on July 8 . The protestors  had damaged railway property the loss of which is around Rs. 5 crore.

“We will soon be restoring all the facilities,” the railway official said.