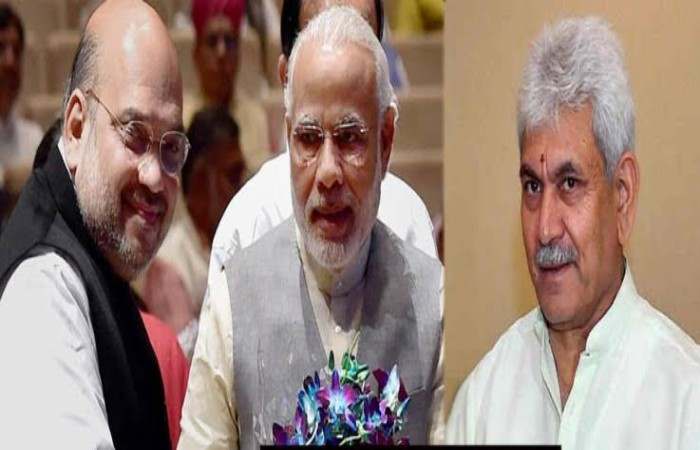 Certain certainties have emerged in Jammu and Kashmir since the abrogation of Article 370 on August 5, 2019, even as the narrative of uncertainties seeks to cloud the positives that have surfaced since then. The conflict between certainties and uncertainties has to be weighed in the events and the timeline recorded since then.
Much of the credit for cementing these certainties in the lives of the people should go to Lieutenant Governor Manoj Sinha, who , ever since he has joined , has embarked on giving a practical shape to hopes that the masses had pinned on the changes effected on August 5, 2019.
The biggest certainty dotting the landscape is that certain sections of the J&K populace considered as an outsiders or alien even after they had lived for more than seven decades since independence is that they have something to identify with Jammu and Kashmir as equal partner in the national mainstream of India .
They know that they are pure citizens of the country and there was no difference between the two classes of Indians on the same soil of J&K , though constitutionally, geographically the erstwhile state of Jammu and Kashmir was as much part of India as it is today. Only certain special provisions have been done away with and the state stands divided into two union territories, though it hurts that the state has been reduced to a Union territory, the other side of the fact is that the people in Buddhist dominated Ladakh were asking for the UT status for long .
Now , Ladakh is certain that its aspirations too would be addressed the way the people there wanted without their development plans getting lost in the wrangles . They were sick of getting reminded that they were less in numbers and hence all the development would be in accordance with the ratio of their population. That argument was also advanced for their share in services. Now that uncertainty is over once and for all for them.
Within J&K, however, there is a dominant view that it should get at least its statehood back , but there are others who view that if the return of the statehood translates again into discrimination with certain sections then it is better to continue with the UT status .Their trust in the administration run by Delhi is more than any dispensation that resembles the pre- June 2018 – dispensations . That is when the political rule of the Kashmir-centric parties had injected discrimination against Jammu and Ladakh regions . While Ladakh has got its own separate identity and started working on its development , Jammu is still clubbed with the Kashmir Valley. Although the two regions have historical ties , some natural and others unnatural , yet their differences are too wide to be bridged so easily .
But Jammu has benefited from discovery of grandeur of its old and traditional identity . Jammu sees it as an opportunity . That is what was lacking earlier .
Something has changed for the positive . The West Pakistan refugees who had been living as stateless people ever since they came to Jammu following the Partition have become citizens. There is no difference in their status as citizens of the country. They are equal in their status as citizen and rights as were the erstwhile permanent residents of Jammu and Kashmir .The West Pakistan Refugees, Gorkhas , Valmikis, were Indian citizens, but had no access to land, services and other benefits that the erstwhile state subjects of Jammu and Kashmir . It had created a wide gap between the people living on the same soil . This humanitarian crisis had ruined their life for generations . This part of the human rights violations of lakhs of people was not taken into account by the state governments and the international community, too, did not move its eyeballs or policy papers on them. They had become obscure people. Now, they have got voice . Now, they know who they are. The uncertainties have vanished.