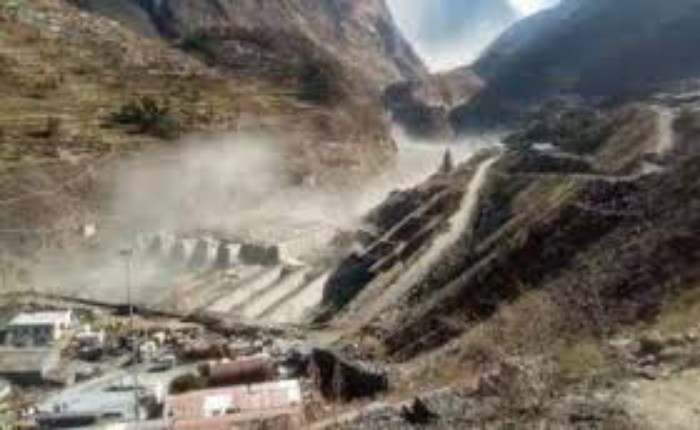 As many as 32 bodies have been recovered so far from different areas hit by the glacier burst in Chamoli district, while 206 people including 25-35 persons stuck inside the Tapovan tunnel are missing, according to the State Government.

The rescue operation at the 2.5 km long Tapovan tunnel in Chamoli continued on Tuesday night. The teams worked to remove slush and debris in the tunnel. Around 30 people are feared trapped inside.

Machines removed more slush from the tunnel the whole night. A joint team of ITBP, NDRF, SDRF and sister agencies entered the tunnel this morning.
The tunnel is still approachable till about 120 meters. More slush and water coming from inside the tunnel is making the way ahead difficult.
A meeting of all agencies including senior officials of ITBP, NDRF, Army and local administration has been called today to decide further course of action.

The police have issued a helpline number to provide information about bodies that have not been identified yet.

Meanwhile, Union Home Minister Amit Shah informed the Lok Sabha that efforts are underway on a war footing to rescue those who are trapped in a tunnel after a glacier burst in Chamoli district.

A glacial broke in the Tapovan-Reni area of Chamoli District of Uttarakhand on Sunday, which led to massive flooding in Dhauliganga and Alaknanda rivers and damaged houses and the nearby Rishiganga power project.