Woman died during surgery, protest against docs at NH 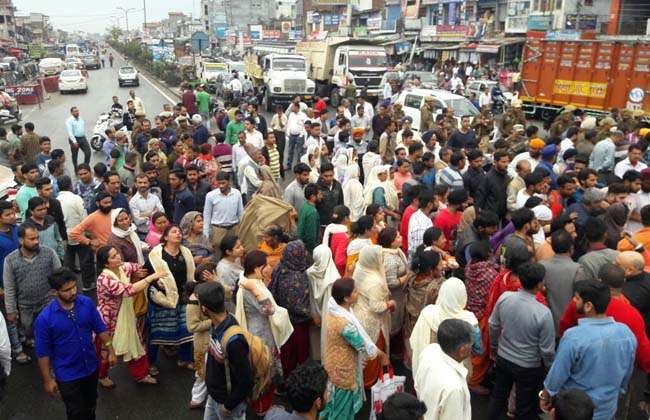 JK News Today
Jammu, March 21:
Hundreds of people from Vijaypur town assembled at Jammu-Pathankot National Highway and blocked the traffic in protest against the alleged negligence of doctors during surgery of a woman, who died.
According to relatives of deceased women, today one lady identified as  Seema Devi wife of Kuldeep Raj of Chack Ram Chand in sector Samba was admitted for her family planning operation at Vijaypur Emergency Hospital. They added, but operation  not remained successful and doctors presumed the condition of patient getting deteriorate and then referred her to GMC Jammu.
“When we reached GMC and admitted here, she died during treatment,” a relative added.
Then the family and relatives of the deceased followed by local residents of Vijaypur put the body on the road and blocked the highway. They are demanding registration of case and action against erring doctors.