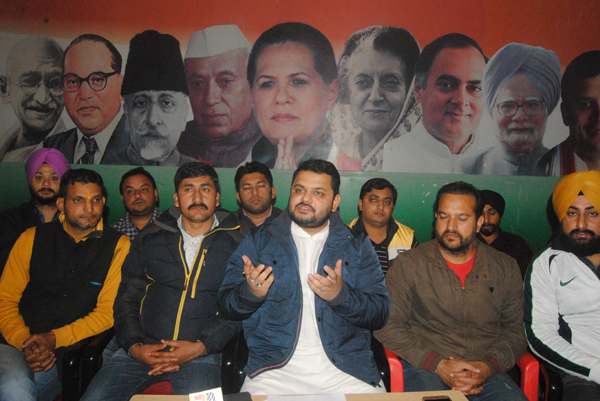 Ridiculing central leadership of BJP for adopting double standard on the issue of corruption, Pradesh Youth Congress (PYC) president Pranav Shagotra today expressed shock over the fact that  no action, so far, has been taken against BJP ministers of J&K who have been involved in corruption and illegal transactions of demonetized currency notes.

He said, “The way BJP’s central leadership has maintained deaf ear and blind eye towards on going corruption and nepotism in J&K is an indication that Central government’s campaign against corruption is mere slogan.”

Addressing a press conference here today, PYC president appealed to the Governor N N Vohra to intervene in this matter and direct the state government to make names of such ministers’ public.

“We have no faith either on State Government nor on the Centre so we appeal Governor N N Vohra to intervene and save the state from becoming number one in corruption”,  Shagotra said and added that media is repeatedly reporting about corruption and other misdeeds of BJP ministers in the coalition government but both Centre and State leadership of the so-called honest BJP are shamelessly protecting these ministers.

“It appears that corrupt BJP ministers of J&K are giving due share of their ‘hard-earned’ money to the Central leadership of the party that is why Centre is supporting these ministers”,  Shagotra said.