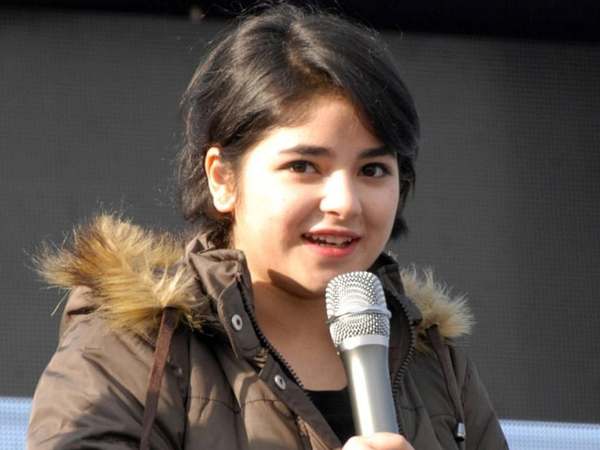 Dangal starrer  Zaira Wasim  today took on  Union Sports and Youth Affairs Minister Vijay Goel for distorting her image and personality in his tweet about her , equating her with  a caged woman put aside a burqa clad woman in a painting.

Goel tweeted , “ The painting tells a similar story  to @ Zaira Wasim . More power to our daughters.”

Coming as it did from the Union minister , Zaira Wasim  launched a counter offensive on the Twitter and reminded  him that “ she is not even remotely connected to the picture depicting the story. The women is beautiful and free,.  This was a straight rebuff to the minister who thought that young 16-year-old Kashmiri girl who made a mark in Aamir Khan’s block buster “ Dangal”  playing young Geeta Phogat, a common wealth gold medal winner in wrestling,  was a typical  shade of the girls in  cages in Kashmir.

However, in his subsequent tweets, the minister said he admired her work  and she had misinterpreted her.

Zaira Wasim  was trolled by the Islamist  social media users after  she  met  Jammu and Kashmir Chief Minister  Mehbooba Mufti , and she was forced to apologise.