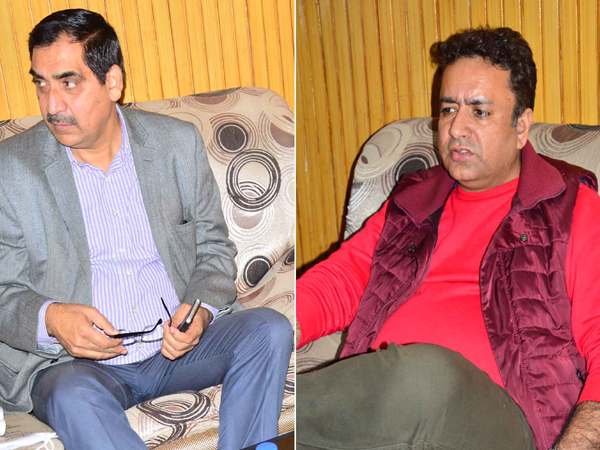 Asks employees to continue to work with dedication for public good

“The government is embarking upon a comprehensive plan of establishing 514 new ration depots in Jammu district to cater to the mounting requirements of consumers”, informed Minister for Food, Civil Supplies and Consumer Affairs Choudhary Zulfkar Ali here today.

The Minister, in this regard, directed the concerned officers to formulate a proposal for opening of these government outlets within shortest possible time.

Addressing the officers during a review meeting, the Minister said that in the last decade the population of district Jammu has increased manifold. It is therefore, imperative that new depots are opened to cater to needs of the consumers, he added.

The Minister directed the concerned officers to prepare a proposal for opening up of 514 new ration depots for the district adding that department is aiming to make these depots operational at the earliest so that people do not face any kind of difficulty while acquiring their food supply from Government stores.

The meeting was informed that these new stores would be an addition to the existing 800 depots taking the total number to over 1,300 outlets.

The Minister said that opening of new depots would serve many purposes like breaking the monopoly if any, created by existing retailers besides creating employment in the district.

Tuning with PM’s Digital India campaign, the Minister directed all Assistant Directors to make sure that from now onwards instead of carrying files, they would carry their official laptops to provide real time information in the meetings.

The Minister also issued directions to ensure sugar lying in stores is distributed in Jammu city at the earliest. He also directed the officers to ensure pilferage of kerosene is checked at all levels and the commodity reaches the deserving population in the State.

During the meeting, the Minister asked for a proposal to be prepared to transfer the employees working in mills with tenure exceeding one year so that they can be transferred to the field. Besides, the Chief Accounts Officer was asked to check the possibilities of roping in other parties, other than Food Corporation of India, through a proper procedure to procure food grains from them at cheaper rates.

The Minister added that during e-tendering it should be ensured that the concerned supplier provides quality food grains.

While wishing a happy and prosperous New Year to the people of State and employees FCS&CA, the Minister said that in this New Year, the department should try exceeding people expectations and serve them to the best of our abilities.

He said that everyone among us needs to do a little introspection and find ways to improve their work efficiency and effectiveness.  He hoped that employees of the department would continue to work with dedication they have exhibited over the past year thereby facilitate the Government to create a better working mechanism for public service.

In the end, the Minister was offered bouquets by officers present in the meeting to wish him his birthday.