America could have Hindu President in future: Barack Obama 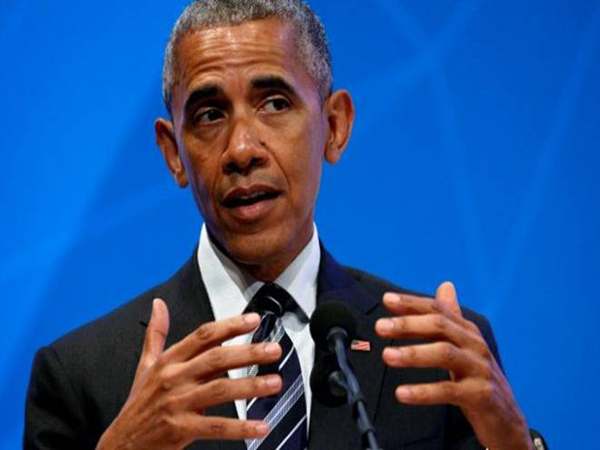 WASHINGTON:  Outgoing American  President  Barack Obama  today hinted that in future  the country could have a woman, a Laino, a Jewish and Hindu as President of the United States of America  if the merit continues to be the driving force .As long as the United States recognizes merit and provides equal opportunity to all, it will have not just a woman president but could also see a Latino President, a Jewish President, and a Hindu president in the future, America’s first mixed-race President Barack Obama said in his final press conference in the White House.

“I suspect we’ll have a whole bunch of mixed up presidents at some point that nobody really knows what to call them. And that’s fine,” he added amid laughter.

Obama’s remarks came when he was asked if, as the country’s first black president, he expected to something like this again, amid some political chatter that the Trump victory was the result of a backlash — or a whitelash — against minorityism.

But Obama’s expansive reply on the need for the United States to recognize the inequality that was pervasive in the country and to be more inclusive, while largely relating to minorities, also took into account the constituency that voted for Trump.

“There are a whole bunch of folks who voted for the president-elect because they feel forgotten and disenfranchised. They feel as if they’re being looked down on. They feel as if their kids aren’t going to have the same opportunities as they did. You don’t want to have an America in which a very small sliver of people are doing really well, and everybody else is fighting for scraps,” he said.