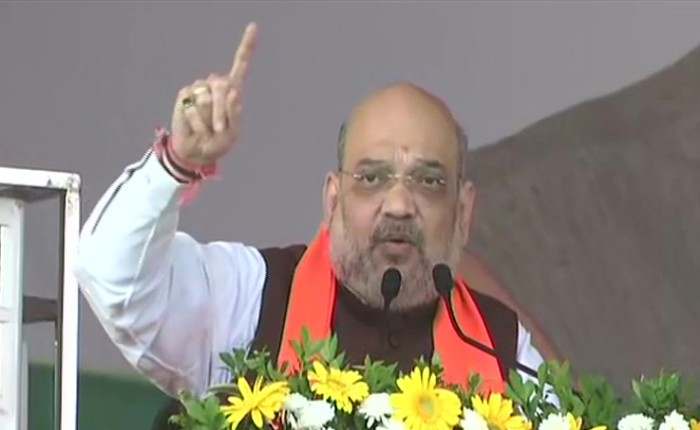 Union Home Minister Amit Shah’s  forthcoming visit to Jammu and Kashmir- first since the abrogation of  Article 370 – next week , is certain to bring forth a crystal-clear view of the events that have  shaped this territory and the  people in the past over two years  firming up the idea of one nation that cares for all its people across all the territories on the map of the country . It is going to be a game changer visit.

J&K is now getting all the benefits not just in the matter of infrastructural development , more importantly in engineering  a national thinking where no one is left behind . It is critical visit because Home Minister  is the face of the Narendra Modi Government that brought these constitutional changes , not just to  empower people of J&K legally but to give them an extra sense of confidence about their security as all the laws that came in between them and the rest of the country were removed  in one go . Thereafter, a process started  of embracing the people in the national fold – the intentions were translated into actions  and that’s why J&K looks so different and peaceful today.

Indeed ,  the  three-day -visit beginning  October 23 is part of the mega outreach programme of the  Centre to J&K  that the place and the people are deep-seated in its thinking and it will be carrying on all schemes under the sun to make  this union territory to prosper and flourish with the close cooperation and participation of the masses cutting across the religious and regional  affiliations .

That is reflective of the Centre’s approach toward J&K on the lines of Prime Minister Narendra Modi’s mantra of reducing “ Dil se Duri” and “ Dilli-se- duri”.  Home Minister is going to give it a practical shape through his visit, understand the needs  of the people  and how to meet them. The idea , behind the visit, it seems is to assure the people that they have the right to live  the way they wanted to live in a free and fair atmosphere without having any inhibitions , as the Centre is people- friendly and has paid special  attention to J&K

‘This visit, the timing suggests , is to assure the people that they have nothing to fear . The layers of fear have been lifted in two ways- one, they are being freed  of the fear of terrorism with intensive actions against the terrorists and their harbourers and  by striking hard   at the ecosystem of terror. The fast pace of the development going on in this atmosphere , boosting the confidence of the people . Terrorism and development  do not go together.

Secondly, the people of Jammu and Kashmir have all the access to all the central laws that were not available to them prior to August 5, 2019. The fruits of which are being seen by the forest dwellers who have been given the ownership papers of the land where they had been sitting for generations without the land rights and protection.

Amit Shah’s visit next week will be both aimed at reconstruction of the narrative of India as one nation in which J&K  occupies the place of jewel in the crown. That is how the distances and differences will erase for complete harmony in national thinking.