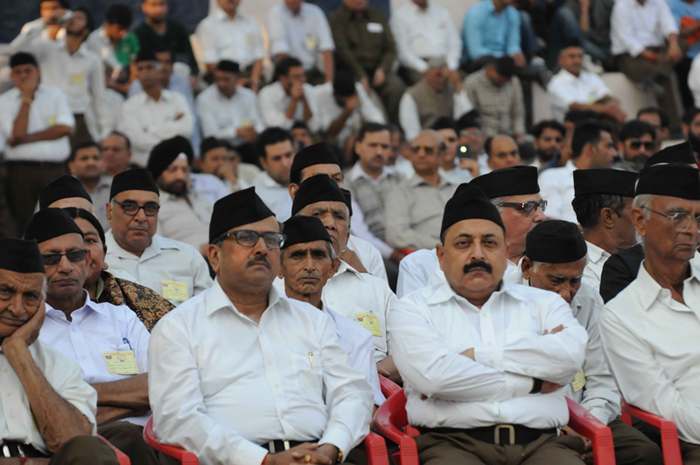 Jammu,  November 14 ( JKNT) RSS Chief Mohan Bhagwat has chastised the BJP leadership in Jammu an Kashmir  for betraying the people who voted and enabled them to  become a partner in the state’s coalition government . He has sent a clear message to the leaders, the ministers in particular, that unless they behave and act in the manner  as “ true elected representatives,” they would be marginalized .

Sources said that Bhagwat was deeply hurt by the BJP ministers attitude  in cosying up to PDP to stay in power by hook or crook for the reasons beast known to them  and cheating their voters  by keeping them at bay. He is also reported to have  taken cognizance of high-corruption among the ministers.

This is unfortunate, he is reported to have said at a meeting with the RSS  leaders of the state .  Jammu and Kashmir is a sensitive state where there are internal and external enemies and the peoples of Jammu and Ladakh used to look up to BJP. Now they are disillusioned with the party. That reflects very badly on the image of BJP and also RSS for the two are considered one.

BJP leaders who showed up at the RSS function at parade yesterday have been conveyed that things are not  good and they must mend their ways.