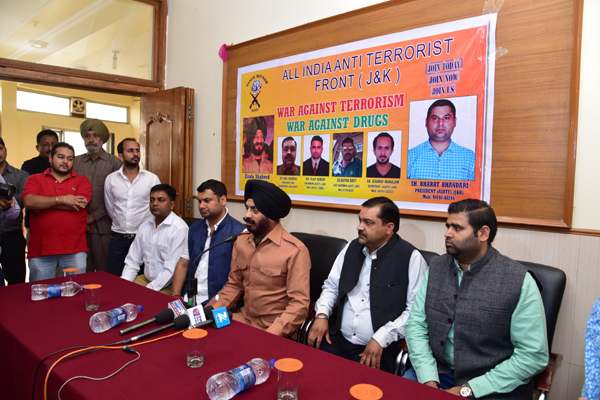 Chairman of All India Anti Terrorist Front (AITF) MS Bitta raised serious concern over the deaths of 8 innocent civilians, including children and 25 getting injured in heavy Pak shelling along the IB and LoC.

Addressing a Press Conference in Jammu today Bitta said that people lived in constant fear and were vulnerable in such a dangerous situation when the neighbouring enemy resorted to heavy shelling at unexpected hours.

He stressed that such sinister and offensive attacks by Pakistan in which innocent civilian were being killed cannot be ignored for long. He reiterated that even continuous skirmishes along the border between Indian and Pakistani army cannot solve the problems and a great human and political effort is needed.

Bitta visited the native palace of slain BSF solider Gurnam Singh who was killed in recent border firing. Bitta met sister and brother of Gurnan Singh and both were keen to join BSF. 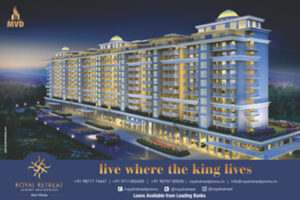 Later Bitta visited, Government Medical College Hospital, Jammu to meet the injured from cross border shelling including 14 month old Pari who suffered serious injuries in both her neck and spine.

Bitta inquired about their well being and expressed his gratitude on behalf of entire nation.

He added that though the BSF had destroyed about 14 posts manned by Pakistani Rangers along the international borders in Ramgarh and Arnia sectors of Jammu but this proxy war will go on and on unless a concrete action is not taken to discourage Pakistan. He demanded that the government must act fast on this sensitive issue or the death toll will escalate to a greater number and entire population of villages near the borders will be wiped out through heavy shelling by Pakistan.

The AIATF chief said that the shelling is influenced by the terror groups and Pakistan’s army is working in nexus with them.