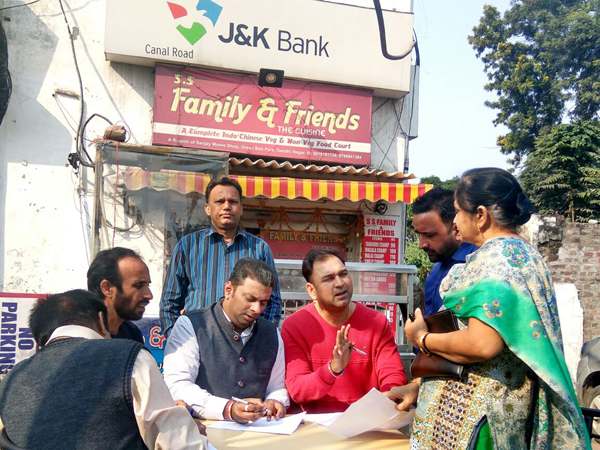 Speaking on the ocassion Jeet Angral said that people in large supporting the decision of Narendra Modi government and said being a BJP worker we are ready to work for common people 24 hours.He also appreciated the banks employes for doing their best to help the people.
Keshav chopra  said , “People are supporting the  decision of Modi government to  ban 500 and 1000 currency notes”. He said that people are ready to stand in queue but they want the country to progress. Keshav also thanked the bank officials for their support.
Rajkumar, Swaran Singh, Sujeet singh, Sourav Gupta, Sahil, Manoj Tandan and Several others were also present.