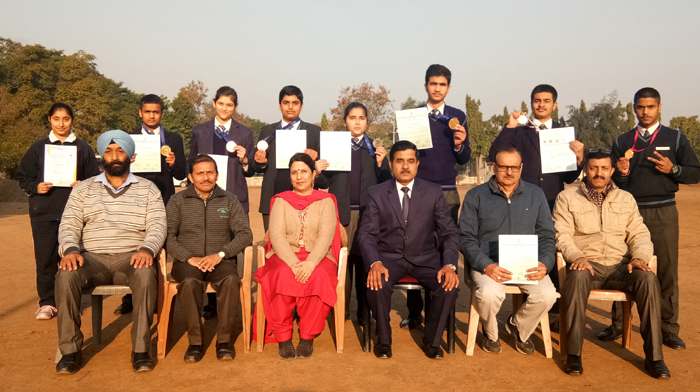 It was a proud moment for BSF School to be selected for national level. Koushal Bhat of BSF School participated in the national level on the behalf of his group which included the other child scientist namely Vaishvi Raina, Shreya Tyagi, Mayank Sharma and Rahul Rathore. They were rewarded with medals and certificates for presenting their project.

Principal BSF School, SK Shukla felicitated the winners in the morning assembly. He congratulated them for their splendid Performance. He said that we are proud of our school students who are taking parts in various events and giving their best.