Burhan’s killing was a conspiracy : PDP 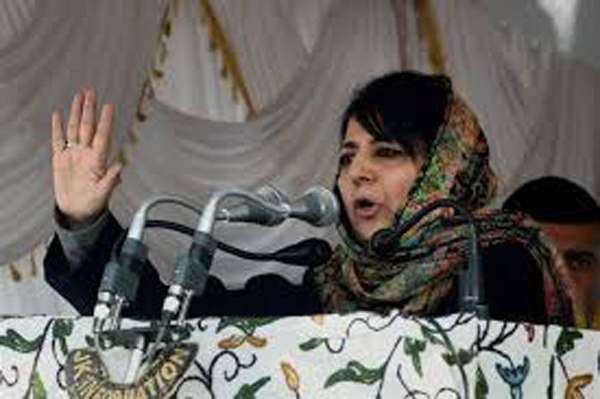 The ruling PDP on Sunday   attributed the  killing of  Hizb-ul-Mujahadeen commander  Burhan Wani in July to a big conspiracy to  topple the PDP-BJP government in a bid to escape the  charges of the failures of administration in the past over four months of paralyzed life in Kashmir.

In a surprise move the ruling party held one-day convention   at the party headquarters in Srinagar wherein the emphasis was projecting Chief Minister Mehbooba Mufti as a strong leader who was being  targeted by “ enemies of peace”  because of her immense popularity and goodwill among the people.

Today, the charge of hailing  Mehbooba’s leadership qualities was led by   party M P  Muzaffar Hussain Beig, who was elected to Lok Sabha in 2014 elections. He showered praise on  the Chief Minister  and asserted repeatedly that she was the only leader who could steer the state to new morrow  of hope and promise to lift the fortunes  of the youth.

Beig punctuated his speech with  a lot of praise  for Prime Minister Narendra Modi , who, he said , can resolve the Kashmir issue , for he alone had the support of the “ country’s majority population of Hindus.” None of his predecessors had this support , hence he alone can resolve the issue.

The convention was a message to the  political  opponents  who had been chastising the  Chief Minister for her “ inability in checking the troubles in Kashmir”  post killing of Burhan Wani in July and the separatists who call Mehbooba as “ puppet of  Delhi, extending the RSS agenda in the Valley.”

Beig and other leaders  tore into this criticism by suggesting that it  was a “ big conspiracy” to “ dislodge the Mehbooba Mufti  government,” suggesting  that the killing of the militant was a “ deliberate act” and the Chief Minister was not  in know of things before hand. The PDP leaders, however, did not identity the conspirators.