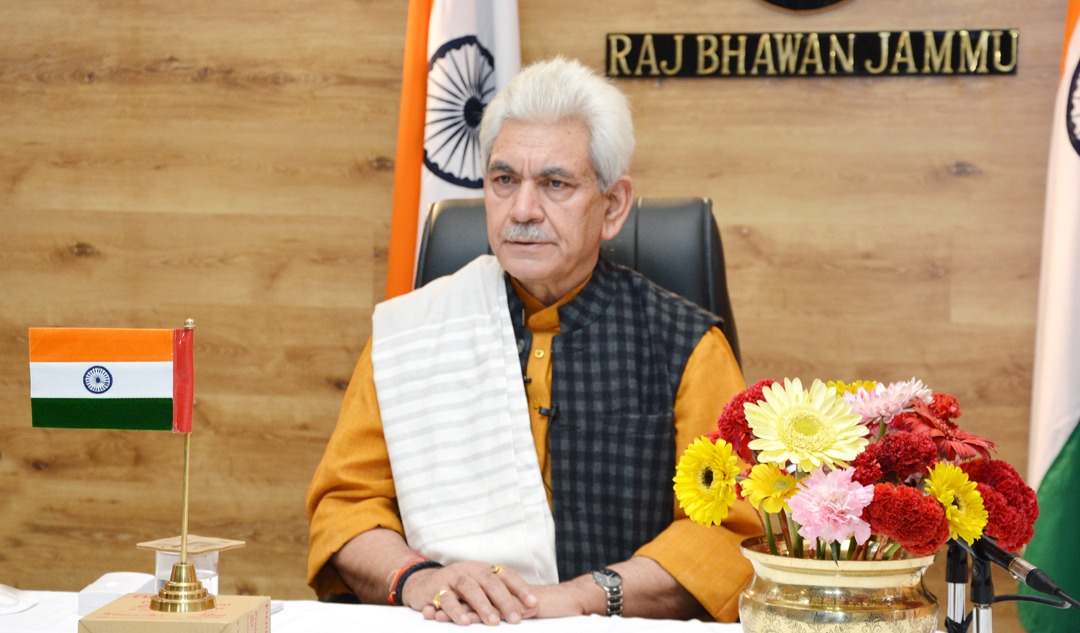 For a long time, the citizens of Jammu and Kashmir were denied grassroots democracy. We have been successful in conducting a violence free, free and fair elections to District Development Councils. The high turnout of voters broke the records of many previous elections. I specially congratulate the enlightened citizens, all voters, Central Security Forces, Army, Police and Administrative officials for this. We assure all the elected representatives that with your support, the Jammu and Kashmir Administration will bring the fruits of development to the last person standing in the queue.

On the auspicious occasion of Republic Day today, I bow down to the bravery of police personnel and our security forces working day and night to create a conducive atmosphere for smooth day-to-day life and maintaining a peaceful environment. On behalf of entire Jammu and Kashmir, I pay homage to all the warriors who have sacrificed everything for the honour of our Tricolour.

We want to assure all citizens that the political conspiracies and nefarious designs of a neighbouring country will never be allowed to succeed in this land of great persons and warriors. The security agencies have effectively controlled violence and those who are trying to fulfil their political motives with the help of this proxy war, are being given a befitting reply.

Brothers and sisters, the breeze of Jammu and Kashmir has the words of sages and, in its mountains lies the music of sufi mystics. There is art in its soil and the light of lotuses in its rivers. For this reason, the great Kalhana in his book ‘Rajtarangini’, while mentioning Jammu and Kashmir, has written “Tadvina Nagram Kutra Pavitra” -Except this place, is there any city on the earth where such holy and beautiful rivers can be accessible? He writes further,”I have not seen such a city where the glory of planets in the sky is clearly visible.” The sutras of Kalhana have visions of splendour of Jammu and Kashmir. Therefore, in every corner of it, we can find the culture of thoughtfulness and soulful experience of our ancient civilization. Who can forget the words of famous Sufi Saint Amir Khusroo “Gar Firdous Bar Rue Zami Ast. Hami Asto, Hami Asto, Hami Ast ! If there is heaven on earth, it is here, it is here, it is here.

Today Jammu and Kashmir is a rising power, fast emerging as a national leader in technology, horticulture and new research. Two IT towers will soon be established to boost the IT industry. Along with this, IT Parks and Call Centres shall be established in all the twenty districts of the Union Territory. An agreement has been reached with the department under the Ministry of Development of North Eastern Region to promote bamboo industry. This will benefit the handicraft artisans and farmers and in future, industrial clusters of bamboo and bamboo industry estates will also be developed.

We want to assure all sections of Jammu and Kashmir who love their motherland immensely that they will be treated equally in all social, economic and political matters. We are implementing the Forest Rights Act for our tribal brothers and sisters living in the forests, especially the people of Gujjar and Bakerwal communities. This law, which was passed by the Parliament in 2006, did not come into force in Jammu and Kashmir earlier, keeping them deprived of their rights. By completing this process by the March of this year, we will be able to give just rights to a large community dependent on forests, for the first time in the history of Jammu and Kashmir.

Putting an end to the hollow announcements in Jammu and Kashmir, we have given a new slogan “Vaada Nahin Iraada” , and the pace with which the projects are being implemented in the last five months has never been witnessed before in its history.